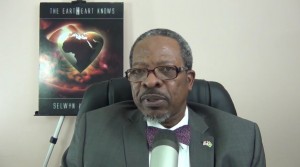 The two unions representing University of Guyana (UG) workers have refused to sign a deal to pave the way for a six to eight percent pay-hike after they said the administration’s draft document contained offensive references and failed to give required details.

Workers Union (UGWU) President, Bruce Haynes and President of the Senior Staff Association (UGSSA), Jewel Thomas said they last Friday, October 6, 2017 did not sign the memorandum of agreement (MoA) despite threats by Vice Chancellor, Professor Ivelaw Griffith that “if we did not sign it, there would be no further amendments, and the administration would move to conciliation.”

Among the areas of the draft the unions said they found objectionable were the inclusion of a “performance element” in violation of previous agreements the administration has with with the unions. Haynes and Thomas said they were advised that they should not sign an agreement that includes clauses that appear to make the UGWU and UGSSA responsible for a process in which they had no legal standing.

“We sought guidance and were told that we could not sign the MoA with those clauses included. The administration presented us with a document that we simply could not sign in that form, and they refused to discuss modifying it,” the union leaders told workers in an e-mail seen by Demerara Waves Online News.

Further, the workers’ representatives said, contrary to Vice Chancellor Griffith’s stated belief in transparency, he has bluntly refused to provide a detailed breakdown of the GYD$182 million that would be used to pay the non-academic staff six percent and the academic staff eight percent retroactive to January, 2017.

The UGWU and the UGSSA said they have since asked the Guyana Trades Union Congress. They have also called on the Minister of Education, Nicolette Henry t appoint UG’s Council, the highest decision-making body of that publicly funded institution. “The Council should have been the first and most appropriate body to intervene in the current situation,” Haynes and Thomas said.

UG Registrar, Dr. Nigel Gravesande has said the executive staff members would not be paid salary increases until the Council, whose life expired in July, 2017, is replaced and deals with those increases.