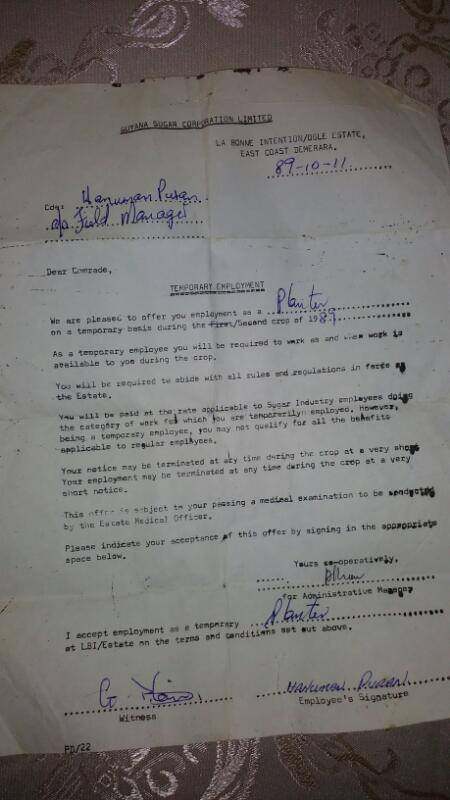 The Guyana Agricultural Workers Union (GAWU) has warned that the Guyana Sugar Corporation (GuySuCo) is  sending  early signals of the imminent closure of the East Demerara Estates, a move that is prompting workers to demand payment although they have been denied one month’s work.

According to Narine, the union has written to Substantive Minster, Noel Holder seeking his intervention failing which, GAWU has already been in contact with its membership to stand in solidarity with the 75 workers currently affected.

At the heart of the grouse, according to Narine, is GuySuCo’s failure to abide by binding agreements made with the sugar workers.

According to Narine, the Minister with responsibility for the sector seems not to recognize his obligations. He said, GuySuCo must compensate 75 workers for the four weeks the corporation has been withholding employment, in contravention of the agreements had.

The GAWU General Secretary also called on GuySuCo to stop frustrating the workers and make a formal pronouncement on the state of the two estates.

He said while the union and sugar workers have been told that cane planting has been suspended, GuySuCo is unable to say for how long.

The sugar stalwart said from all indications, there are the clear signs that government is moving towards the closure of the La Bonne Intention and Enmore Sugar Estates. 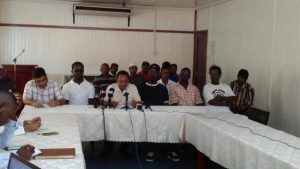 Deputy General Secretary, Aslim Singh in a prepared statement disclosed that the 75 workers have been without work for the past four weeks despite the fact there are available jobs for them in the absence of cane planting.

According to the Union official, the agreement under which the employees operate, stipulates when the cane planting season ends, GuySuCo is obligated to provide five days productive work for the planters until the end of harvesting.
Singh told reporters, a GAWU delegation met with GuySuCo on March 24 last when an assurance was provided that the 75 planters would be given alternative work since the cane planting had been suspended but three days later reneged on the agreement. “In addition to this violation of an understanding agreed upon in a matter of days, the workers expect and are calling on GuySuCo to give them the required payment for the days GuySuCo has denied them work opportunities.”

The GAWU Deputy General Secretary was adamant “the planters are being given a raw deal and are highly disillusioned by the Management’s unlawful and clearly unsympathetic attitude to a just cause for workers.”

Echoing Narine’s sentiments of imminent closure for the Estates, Singh suggests “as our experiences with Wales have shown, the cessation of cane planting is a first step in fulfilling the plans for closure.”

He said it is against this backdrop that “cane planters’ jobs can now be reasonable determined as becoming redundant and they are therefore entitled to their severance payments.”

Singh also drew reference to the closure of the Wales Estate and said severance payments there are not readily being honoured by GuySuCo.

Brian Norville, one such sugar worker calling for an intervention on the part of the administration told media operatives it is disappointing to “know we have to reach such stage where we are living in a society where we expected the government of the day should be concerned about its fellow citizen…To know the Minister not even showing his face of even pay us any attention while our family is starving.”

He related that the workers were initially forced to relocate to the Enmore Estate from LBI with a promise of work but this did not obtain.

Another sugar worker to call on the administration for an intervention, conceded that GuySuCo has offered harvesting task but they were unfamiliar with the tasks and further, the agreement speaks to being employed as a planters with related alternative work during harvesting.

Another worker—Hanuman Puran—held up his contract for media operatives which was inked in 1989 which speaks specifically to employment as a ‘Planter’ at the LBI Estate, with a salary applicable to sugar industry employees in that category.