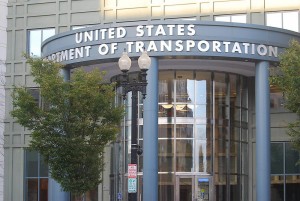 The United States’ Department of Transportation (DoT) has been paying keen attention to Dynamic International Airways’ operations, due to consumer complaints and its provision of insufficient information to regulatory authorities.

Efforts to contact the airline to ascertain the implications of a 30-day Order Staying Effectiveness of Certificates were unsuccessful. An official of the company’s legal representative declined to comment. When contacted, a travel agent at Roraima Airways confirmed that Dynamic Airways has been flying the New York-Guyana route even after the order was issued on August 10, 2016.

DoT did not specify the nature of the consumer complaints that have been leveled against Dynamic and from which country or route, but raised the likelihood of serious implications for the carrier. “The Department’s Office of Aviation Enforcement and Proceedings (“Enforcement Office”) initiated an investigation on June 2, 2016, of DIA in response to a number of consumer complaints received alleging violations by DIA of the Department’s public charter rule, 14 CFR Part 380.  The results of the investigation may indicate a lack of compliance disposition of the air carrier,” according to the background that led to the order.

Another reason for issuing the order, DoT said, included the airline’s failure to list any airports in China although that carrier had told DoT of its plans to fly to Beijing and Hangzhou. “While the air carrier provided evidence that it had been certificated by the FAA to engage in foreign scheduled operations, the air carrier did not provide the list of specific airports authorized by the FAA where it may conduct scheduled operations.  In fact, our review of the list of authorized airports in DIA’s Operations Specifications does not include any airports in China.”

The Department of Transportation also contends that after a cursory review of the information provided by Dynamic and available to that department, the airline submitted insufficient material and also there is need to fully evaluate the carrier’s “continued fitness to engage in air transportation.”

The other infraction that led to the order was Dynamics delinquency in filing certain reports. At the time of the issuance of the order, DoT noted that semiannual financial reports due February 10, 2016, and quarterly financial reports due May 10, 2016, are now six and three months overdue, respectively.  “Under these circumstances, we have decided to stay the effectiveness of DIA’s certificate for 30 days to provide DIA an opportunity to provide the complete information to make its authority effective and to adequately address the concerns raised above about its continued fitness.”

The regulatory agency promised to work with Dynamic Airways to resolve outstanding fitness issues, but if they are not fixed within 30 days, “we intend to issue another order staying the effectiveness of DIA’s interstate and foreign scheduled passenger authority.”