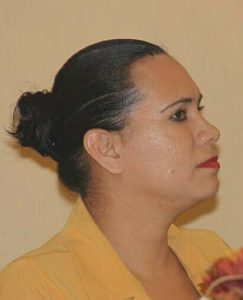 Linden Mayor, Carwyn Holland hopes that Minister of Communities, Ronald Bulkan will give the Town Clerk marching orders now that a second no-confidence motion has been passed against her because she appears to have a political agenda against the elected body.

“We need the changes and we need the Town Clerk removed”… “I believe that this Town Clerk needs  to be removed. Send her somewhere else. If persons feel that she is so qualified and so capable of doing the job she is doing, let her go somewhere else, place her in another capacity,” Holland told a news conference.

Bulkan told Demerara Waves Online News that Town Clerk, Jenella Bowen would be summoned to a hearing at a mutually convenient time before a decision is made. “Ms Bowen is entitled to, as part of due process, to a hearing,” he said.

The Mayor said there were several areas of poor administration by the Town Clerk including late notices for meetings, tardiness in the production of minutes, unedited minutes, inadequate steps to implement decisions to clean up the litter-coated town, the calling of meetings when the chairman is unavailable.

Holland told a news conference in Georgetown that Bowen appears bent on frustrating the work of the elected body for political reasons. He said a former minister of government has been seen regularly in Linden in the company of certain persons.

In Georgetown, Carol Ryan Sooba had been removed from the post of Town Clerk based on a no-confidence motion by the Councillors. Bulkan said that in that instance, her removal was at the initiative of central government.

Now that the Linden Town Council has passed a no-confidence motion in the Town Clerk, the Mayor said he would be holding talks with the Minister of Communities.

Holland disagrees that the correct procedure was not followed in serving notice and tabling and passing the no-confidence motion. He explained that the recommendation was made by the Finance Committee meeting after the Town Clerk again accused the Mayor and Deputy Mayor of pending at least GYD$500,000 without approval. That recommendation to take the no-confidence motion to the Statutory Meeting, Holland said, had been already discussed and decided by the Finance Committee.

Holland denied spending Council’s monies and instead said he had been spending his personal cash to conduct the municipality’s business.

Councillor Bethune stopped short of accusing the Town Clerk of leaking unapproved financial committee documents to members of the public, only saying that circumstantially it appears as though she was implicated. “For me, I would not make allegations but what I would do is make a logical conclusion…While I would not accuse, it would arise a lot of suspicion which the circumstantial evidence would want to lead you to that direction,” he said.

In February, 2016- one month before Local Government Elections- the Interim Management Committee had passed a no-confidence motion against Bowen. However, she remained in office even after the local polls had been held.