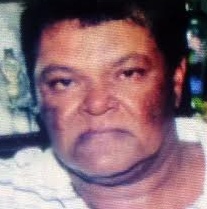 One sugar estate worker was killed and another hospitalized after a swarm of Africanized bees attacked them aback Bath Settlement, West Coast Berbice, authorities said.

Eight others were treated at the Fort Wellington Hospital, West Coast Berbice and sent away.

Demerara Waves Online News was told that the bees attacked the members of a chain gang that connects sugar cane punts with chains.

One account is that the chain gang saw cows running out of the bush and having realized that there was a swarm of bees, seven of them plunged into a very shallow canal while Ally and Lalaram laid on the ground.

Ally warded off bees that were about his body by using his cigarette lighter to burn dried vegetation. When he returned to help his colleagues in distress, five of them had already escaped.

He then threw diesel on the men, but Lalaram remained covered in bees. Treated and sent away were R.Bissondyal, Harripaul Jagdeo, K. Lookraj, and D. Persaud.  Ganesh Hemraj and Khemraj Latchman.