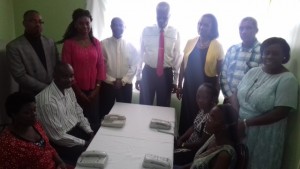 The Full Gospel Church in Guyana has joined the nationwide battle against suicide with the launch of the first in a several Hotlines that will see first responders and social workers interact with suicidal persons.

“We would be working in almost all the regions. Where there is a Full Gospel Church persons have been trained from there to respond,” Professional Social Worker, Jennifer Thomside told Demerara Waves Online news on Good Friday. She said the telephone lines of all of the church’s suicide hotlines would soon be available on a website that would be built in another two weeks.

Thomside said 25 trained responders are being supported by an administrative team and a group of social workers.

She said the major reasons for people even contemplating killing themselves appeared to be financial problems and relationship issues. 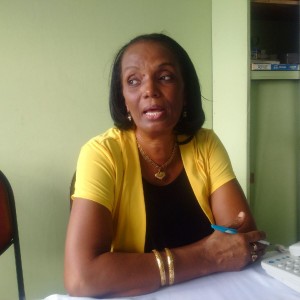 Thomside hopes that the creation of parenting educations teams, which would soon be formed, would fan out countrywide to schools and communities to help parents understand 21st century children.

Asked why the Full Gospel Church decided to join the fight against suicide, she said “we believe the church has the tools because apart from the physical aspect of it, we think people would also need spiritual guidance.” “You might talk to a person, you might counsel a person but there might be spiritual deficiencies that need to be addressed,” she said.

With statistics showing that the majority of suicide victims are East Indians, the Full Gospel representative saw no difficulty in her Christian Church assisting persons of other cultural or religious persuasions.  “If the person is a Hindu, our aim is not to tell you come to Christ, everything will happen. No, we have to deal with the issues first and when we deal with the issues then we can move on to look at the cultural or ethnic differences or religious differences,” she said.

Techniques include befriending the person and getting them to deal with the issues without considering suicide as an option, she said.

The World Health Organisation (WHO) has said Guyana has one of the highest rates of suicide per capita.