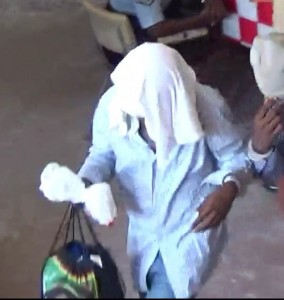 MURDER ACCUSED: Kurt Erskine concealed his identity as he left the Georgetown Prison.

A third person was Thursday arraigned for the murder of the owner of the Regent Multiplex Mall in mid-2015 on the West Coast Demerara.

Kurt Erskine of 285 Section ‘C’ Golden Grove, East Coast Demerara was not required to plea to the indictable charge after it was read to him by Chief Magistrate, Ann Mc Lennan. Particulars of the offence are that he murdered Ganesh ‘Boyo’ Ramlall during the course of a robbery on July 5, 2015 at LaJalousie, West Coast Demerara.

The father of four was remanded to prison until March 29, 2016 when he will appear in the Leonora Magistrates’ Court. 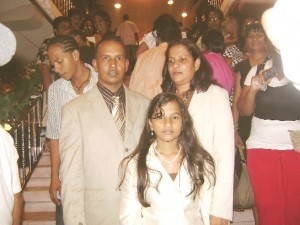 Ramlall was shot dead shortly after midnight moments after he had returned home and was going to use a bathroom in the yard. The bandits snatched his jewellery, cash in a wallet and his licensed handgun before fleeing the scene.

The businessman was rushed to the West Demerara Regional Hospital where he was pronounced dead.