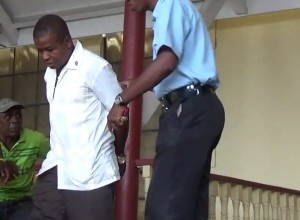 In what appears to be the first report of local government electoral-related violence, a man was charged with unlawfully wounding a Team Benschop activist and placed on GYD$60,000 bail. The Alliance For Change (AFC) has since condemned the attack

Forty-eight year old Albert Cromwell of 26 Dowding Street, Kitty is accused of assaulting 51-year old Iqbal Rahim of 236 David Street, Kitty while he was erecting flags in the community in support of one of the groups contesting the upcoming Local Government Elections.

He pleaded not guilty to the charge after it was read to him by City Magistrate, Dylon Bess.

The magistrate turned down Police Prosecutor Tracy-May Gittens’ request for the defendant to be placed on a bond and to be on good behaviour but instead ordered that Cromwell stay away from Rahim.

Cromwell, who said he is a candidate in the 18th March, 2016 Local Government Elections, asked the magistrate whether his legal predicament would prevent him from participating in those polls.

The prosecution’s case is that Rahim, a part-time supervisor for flag and posters, was erecting Team Benschop’s paraphernalia on Dowding Street on Monday, 15th February, 2016 when he was confronted by Cromwell. Prosecutor Gittens told the court that Cromwell stopped Rahim from erecting the campaign material but he refused to stop. The prosecutor further alleged that Cromwell pulled the ladder off the post resulting in Rahim falling. 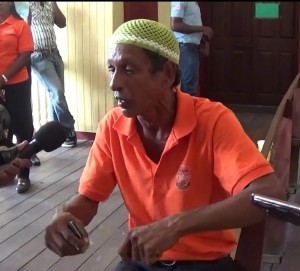 The unrepresented defendant denied pulling Rahim off the ladder and that he knew him for two years. The virtual complainant confirmed that he and Cromwell were friends prior to the incident.

Meanwhile, the AFC says it “unreservedly condemns this brutal and barbaric attack in the midst of the campaign for local government elections” and urged that campaigning be conducted in a peaceful manner.

“All candidates for local Government elections should be permitted to campaign unhindered, free from fear and intimidation in every square inch of Guyana….We have come too far as a country to even flirt with the return to the dark days of election violence,” the AFC said in a statement.