Guyana on red alert for Zika 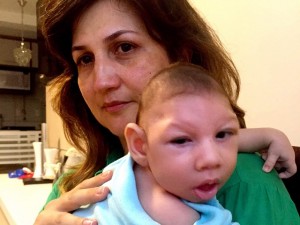 The Guyana government has launched a multi-sectoral approach to minimize the chances of the mosquito-borne Zika virus from spreading to Guyana, the Ministry of Tourism announced Wednesday.

Though not deadly, scientists say the virus has caused pregnant mothers to deliver babies with small or under-developed brains. Scientists also say the virus may be spread by sexual intercourse.

Authorities say one Guyanese has been confirmed as having contracted the virus, and other members of that household were being monitored. Other samples sent to the Caribbean  Public Health Agency (CARPHA) have tested negative.

Following is the full text of a statement issued by the Ministry of Tourism.

The Ministry of Tourism is collaborating closely with the Ministries of Public Health, Foreign Affairs and Citizenship to monitor the spread of the Zika Virus in neighbouring countries including Brazil, Venezuela and Suriname.  An aggressive public education programme has begun to inform the general public of the initiatives that have been launched and to advise Guyanese of their responsibility to manage their environments to protect themselves from mosquito bites.

Up to the first week of February, the Public Health Ministry had treated one single case of the Zika Virus.  This patient’s medical samples had been sent earlier for testing to the Caribbean Public Health Agency (CARPHA).   The positive report returned early in January and all parties sprang into action.  The Public Health Ministry stepped up its collaboration with the Pan-American Health Organisation (PAHO) and an aggressive country-wide public education and prevention campaign commenced.

Since mid January the patient and her family members have been under medical supervision even though all of her symptoms have disappeared.   Since then, several batches of samples taken from Guyanese patients presenting with flu-like symptoms have been tested by CARPHA and the results have all returned as NEGATIVE.

In the meantime, the Ministry of Public Health is carefully monitoring every hospital and health facility for reports of symptoms resembling ZIK-V.  The Ministry has extended its support base to include the Ministry of Foreign Affairs, UNICEF, the Brazilian embassy in Guyana, and the Health Development Unit at the CARICOM Secretariat.  In addition, other Regional and International agencies have given assurances of support to Guyana’s fight to contain the Zika virus.

Our Vector Control Unit has also ramped up its already intensive prevention programme in all of Guyana’s 10 Administrative Regions.  This ongoing exercise has been designed to eradicate Malaria, Dengue and Chikungunya which are spread by the same species of Aedes Aegypti and Aedes Polynesiensis mosquitoes.

Vector Control has stepped up distribution of treated mosquito nets and intense fogging in the city and its environs, in all towns and the hinterland regions to kill adult mosquitoes and their larvae, and destroy their breeding sites.  Vector Control officers have begun their on-the-ground citizen education programme to ensure that everyone understands the responsibility they have to dispose of every piece of debris that could hold dew of water in and outside their homes.

The Ministry of Citizenry has also joined in this fight to keep Guyana as free as possible from the Zika virus.  All ports of entry are being fogged and closely monitored to identify and quarantine any person who was sick on the journey to Guyana, e.g. was vomiting, had a fever, red or swollen eyes, aching muscles or joints, diarrhea and, or abdominal pain.  This Ministry has mandated that all arriving aircraft crew report any illnesses experienced by any passenger en route to Guyana.  In addition, Vector Control will shortly begin to fumigate every vehicle that could drive or be ferried across our borders with Suriname, Venezuela and Brazil.

Minister of Tourism, Hon. Catherine Hughes, has said that some persons had expressed concern about the geographic proximity of Guyana to Brazil where the virus is reportedly spreading.  She stated that there is credible information that the Zika virus is more prevalent in the Eastern states of Brazil which include Rio Grande do Norte, Paraíba, Pernambuco, and Bahia.  Guyana fortunately is contiguous to Northern Brazil and our immigration authorities say that citizens of these eastern states hardly, if ever, come to Guyana.  This minimizes the possibility of infected Brazilians transporting infected mosquitoes or their eggs to this country.

However, Minister Hughes has issued a call to all visitors currently in Guyana to use insect repellent liberally, to cover themselves well and generally avoid being bitten by mosquitoes during the daytime and at night.