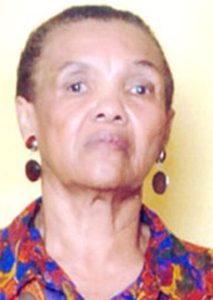 The Caribbean Court of Justice (CCJ) on Tuesday delivered its reasons for upholding the appellants’ convictions and its judgment on their appeals against sentencing in the Guyanese appeal of Orwin Hinds v The State; Cleon Hinds v The State.

The CCJ heard this appeal on 11 October 2022 and shortly after the hearing, dismissed the appellants’ appeals against conviction for murder but reserved its decision on the appeals against the sentences.
Brothers, Orwin Hinds and Cleon Hinds were found guilty of murdering Clementine Fiedtkou-Parris for the payment of money, contrary to s 100(1)(d) of the Criminal Law (Offences) Act (‘the Act’). They were each sentenced to 81 years imprisonment without eligibility for parole before serving 45 years. They appealed to the Court of Appeal and that court reduced their sentences to 50 years.
The woman had lived in a wooden cottage on Robb Street two doors west of Light Street.
The brothers then appealed to the CCJ, who in a judgment written by Justice Barrow, noted that the guilty verdicts were primarily based on the brothers’ written and oral confessions, and particularly in relation to Orwin, on the evidence of an eyewitness who identified him on an identification parade. The CCJ recalled the written statements of the brothers which set out the plan to kill Fiedtkou-Parris, the persons who were involved in that plan, how and where the killing was carried out and by whom and the events which transpired after the killing including the payment of money to the brothers. The Court found that there was nothing in the appellants’ argument which could undermine the value and weight of the appellants’ written statements.
On the issue of sentencing, the CCJ noted that the murder committed by the brothers fell into the class of the ‘worst’ murders, under s 100(1) of the Act. Murders are placed in the class of the ‘worst murders’ or the ‘gravest kind of murder’ because they are far more violative of society’s peace and order. Any person guilty of this class of murder is, pursuant to s 100(A)(1)(a), subject to either death or imprisonment for life. Where life imprisonment is imposed, s 100(A)(3) states that the court must specify a period which that person must serve before becoming eligible for parole, and in the case of the ‘worst’ murders, that period should be not less than twenty years. In noting the requirements of the Act, the CCJ found that courts have no power to impose any determinate period that purported or was intended to exceed the sentence fixed by the Act. Also, courts cannot fail to set a minimum period that must be served before a person could become eligible for parole. As such, the 50-year sentence imposed by the Court of Appeal of Guyana which did not specify the period after which the appellants would be eligible for parole must be set aside. The CCJ sentenced each appellant to imprisonment for life with eligibility to be considered for parole after a period of 20 years including time spent detained while awaiting trial.
The matter was heard by the Honourable Mr Justice Adrian Saunders, President, and the Honourable Justices Wit, Rajnauth-Lee, Barrow and Burgess. Mr Arudranauth Gossai appeared for the appellants and Mrs Teshana Lake and Ms Diana O’Brien appeared for the respondent.