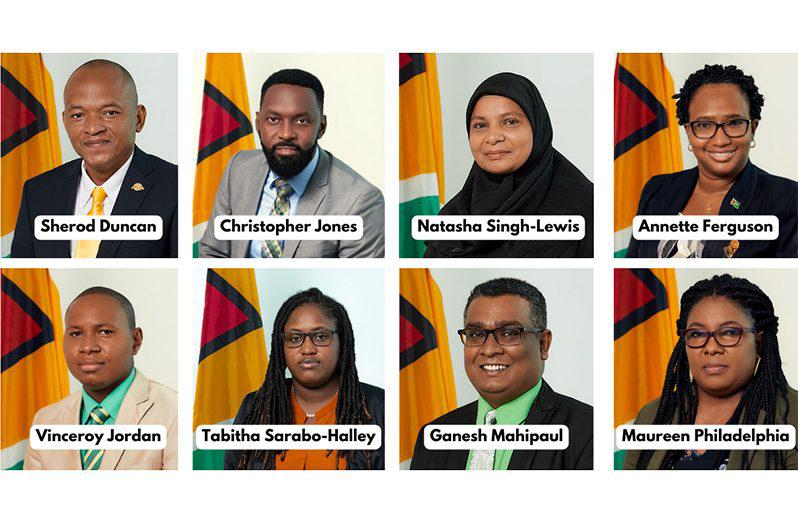 The High Court on Monday refused to overturn the suspension of eight opposition parliamentarians for their role in an unrest in the Chamber in December 2021 while Finance Minister Dr Ashni Singh was outlining the benefits of the new Natural Resources Fund legislation.

Justice Damon Younge said the Court not intervene in the work of the Parliament as the Standing Orders- the rules governing the the proceedings of the National Assembly- are not subjected to the provisions of Guyana’s Constitution.

In her decision, she said the National Assembly’s Standing Orders are only subjected to the Constitution if there are regulations.  The judge stated that the Parliament must be able to conduct its affairs without interference from the Court. She elaborated that when it comes to the internal operations of the National Assembly, only that organ could exclusively control the management of its own internal affairs, not the judiciary.

Those who had challenged their suspension were Opposition Chief Whip Christopher Jones, Sherod Duncan, Natasha Singh-Lewis, Ganesh Mahipaul, Annette Ferguson , Vinceroy Jordan, Tabitha Sarabo-Halley and Maureen Philadelphia. They have all denied committing various acts linked to the disruption of the sitting.

They argued that they were not given a right to a hearing by the bipartisan Privileges Committee which recommended that they be suspended for their part in the incident on December 29, 2021.

Based on the report of the Privileges Committee,  Jones, Duncan, Singh-Lewis, Mahipaul and Philadelphia were suspended from four consecutive sittings for conducting themselves in a gross disorderly, contumacious, and disrespectful manner, and repeatedly ignoring the authority of the Assembly and that of the Speaker, and thereby committing contempt and breaches of privileges.

Also parliamentarians Ferguson and Jordan were suspended for six consecutive sittings for committing serious violations which were severe and egregious by unauthorizedly removing the Parliamentary Mace from its rightful position in a disorderly fashion, causing damage to the Mace, injuring and assaulting a staff of the Parliament Office, while attempting to remove the Mace from the Chamber.

Further, parliamentarian Tabitha Sarabo-Halley, according to report, was suspended for six consecutive sittings for unauthorizedly entering the communication control room of the Arthur Chung Conference Centre and destroying several pieces of audio-visual equipment, being public property.

In the court action filed against the Speaker of the National Assembly, Manzoor Nadir and the Clerk of the National Assembly, the eight parliamentarians had wanted the High Court to declare that  that the Report of the Parliamentary Sessional Select Committee of Privileges is unconstitutional and breaches the principles of Natural Justice. They say they were not afforded an opportunity to be heard by the Privileges Committee as guaranteed by Guyana’s Constitution.

According to the eight parliamentarians, the Privileges Committee performed a judicial function.

They had also wanted the court to declare that the work and the report of the Privileges Committee cannot be regarded as independent and impartial because Minister of Parliamentary Affairs Gail Teixeira sponsored the motion for them to face trial by the committee and also participated in the proceedings.

The parliamentarians wanted the High Court to block the Speaker and the Clerk of the National Assembly from  permitting, causing or allowing any consideration of the Report of the Parliamentary Sessional Select Committee of Privileges.