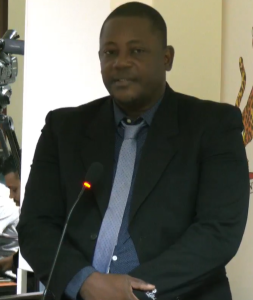 Mr Lowenfield and Mr Mingo are among several persons, who have been charged with electoral fraud connected to those polls. Under Guyanese law, witnesses are allowed to remain silent in order not to incriminate themselves.

It is unclear why Mr Azore opted to remain silent.  Then Police Commissioner Leslie James has already testified that he had removed then Assistant Police Commissioner Edgar Thomas as Division ‘A’ Commander and replaced him with Senior Superintendent Azore. “I ultimately made that decision,” Mr James said.

Mr James again testified that he tried repeatedly to contact Mr Thomas to address the “disorder” at the Region Four Returning Office at Ashmin’s Building, High and Hadfield Streets, Georgetown. The ex Police Commissioner said he had been advised that Mr Thomas “went inti his vehicle and left that location; total dereliction of his duties.”

Mr Thomas’ account that he had been at the Returning Office at all material times was rejected by Mr James as “utterly fallacious” as Mr Azore had informed him of the Commander’s departure.