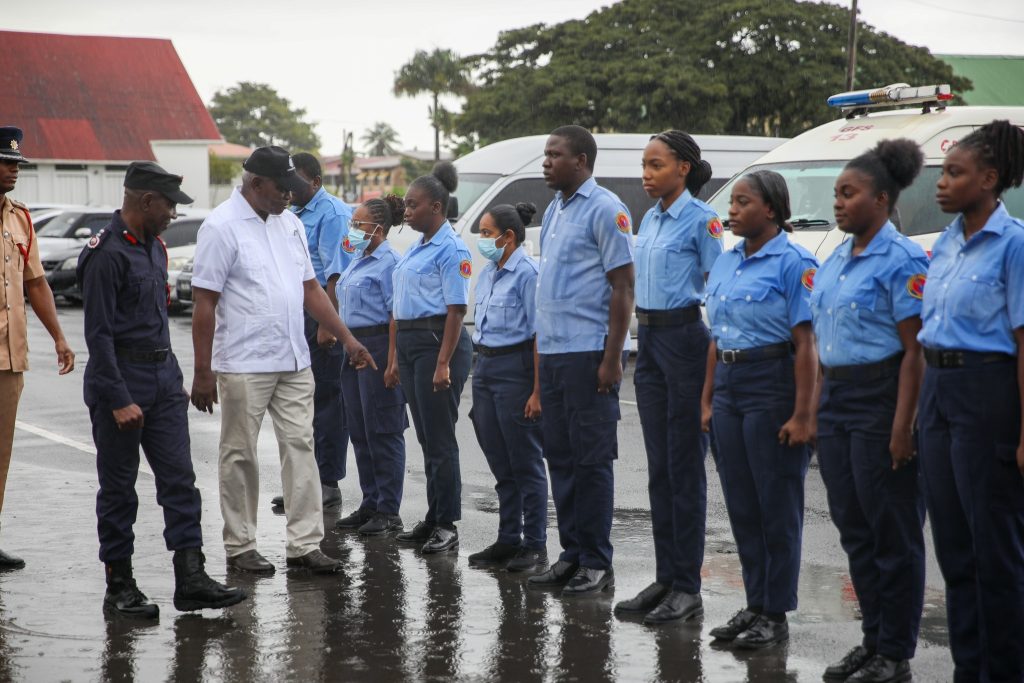 Emergency Medical Technicians (EMTs), who are based at the Guyana Fire Service (GFS), have been ordered to return their Joint Services Identification  Cards and Fire Service jerseys, after a number of them told the media that they were not paid a one-month bonus.

Sources, however, said that although they are now being told that they are not members of the Joint Services they are required to comply with Section 54 of the general conduct of fire fighters which prohibits communication with the press or any unauthorised person matters connected with the service without leave from the Chief Fire Officer. Sources said EMTs were recently ordered to write statements about whether they knew anything about communicating with the media.

EMTs made known their grievance after they were not listed with police, soldiers, firefighters, prison service personnel and agents of the Customs Anti-Narcotics Unit to receive the the one-month year-end bonus.

Home Affairs Minister Robeson Benn restated that the Finance Ministry circular did not include EMTs and as far he was aware no effort would be made to issue another circular as that category of workers is not eligible. “They are not Joint Service ranks or personnel. They come under a separate arrangement and regime. They are kind of attached to the Fire Service and so they are not entitled to the payment as was established by a circular from the Ministry of Finance,” he said when asked by Demerara Waves Online News.

Mr Benn recalled in a previous year they had been paid a one-month bonus in the context of the response to the COVID-19 outbreak.

He said he was unaware of whether another circular would be issued to facilitate a bonus to the EMTs. “We had a couple of discussions but I’m not aware that there is any resort of that at the moment,” the Home Affairs Minister added.

Fire Chief Wickham would only say that “the matter is being looked at by the administration of the Fire Service an the Ministry of Home Affairs and certainly we’ll find some resolution.” However, he declined to say whether that would lead to a payout.

2023-01-04
Denis Chabrol
Previous: Will Hicken’s tenure as Police Commissioner be extended?
Next: Chief Fire Officer says to remain on job after retirement age