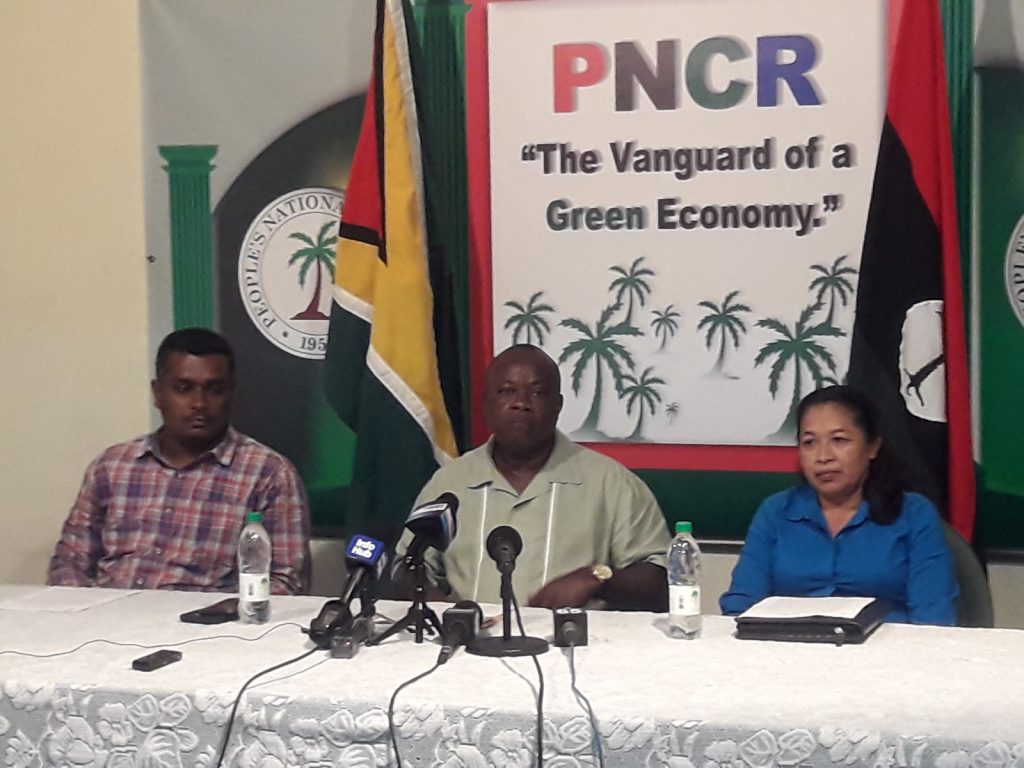 In the wake of the resignation of Mrs Geeta Chandan-Edmond from the post of General Secretary of the People’s National Congress Reform (PNCR),  Ganesh Mahipaul and Dawn Hastings are being touted as replacements, according to well-places sources.

The last PNCR’s Central Executive Committee last met about one and a half weeks ago and the next meeting of that decision-body could be held before Christmas Day.

“You are hearing party members saying that she may be of interest to the leader,” the high-level party source added. Retired Rear Admiral Gary Best’s name has been floated as a likely General Secretary candidate, but a source said if he is appointed that would not be in the interest if intra-party relations.

In recent weeks Mr Mahipaul has been seen more frequently at PNCR news conferences and other public activities with party leader Aubrey Norton. Mr Mahipaul was, according to one s0urce, edged out of the post because he had been regarded as a strident supporter of then contestant for party leader, Joseph Harmon.

Though Mr Mahipaul is regarded by some as more closely associated with those who had supported Mr Harmon, a source said that he remained committed to the overall objectives of the PNCR. “Ganesh is one of those party loyalists who will serve once he is called upon to serve,” a source said.

With Ms Chandan-Edmond’s departure from that party’s top administrative and party machinery post, sources said Mr Mahipaul now stands a better chance of getting the nod to be the new PNCR General Secretary because he has a record of being more active and grounded in party work compared to Ms Hastings. “Ganesh can make a good General Secretary because he can represent the office; Ganesh is a better pick all around,” one of the sources said.

One of the sources noted that that was one of the pitfalls of Ms Chandan-Edmond who was an Alliance For Change (AFC) supporter up to the time the coalition had won the 2015 general and regional election.

For Ms Hastings, the source indicated that she is hardly 0n the coastland and her limited activism does not necessarily make her the best candidate for the next General Secretary as the PNCR prepares to contest either the local government elections or certainly general and regional elections constitutionally due in 2025.

“The GS  is somebody fiery and feisty. Dawn doesn’t have any of that…Putting her is just window-dressing,” one of the sources said.

The PNCR has been without a General Secretary since since late August, 2022 and even missed her party’s retreat that had been held in Linden. The reason for her having been on extended leave was cited as “personal” and is seen in certain circles as linked to the cause of her failing to address a political meeting at the Burnham Basketball Court on August 2, 2022 although she was present.