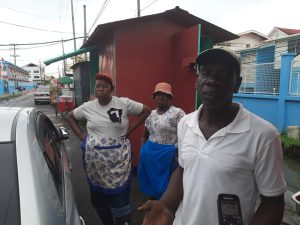 Vendors, who sell food and beverages in caravans and stalls outside the Georgetown Public Hospital (GPH), on Tuesday afternoon vowed to remain there in defiance of a final removal order by the Public Works Ministry, even as the Georgetown City Council was preparing to take the matter to court.

The more than 20 vendors, who sell food to GPH staff, patients and visiting relatives of in-patients, said they pay weekly cleansing fee of GY$3,000 to sell there and a number of them even showed written permission that they obtained from City Hall to sell on New Market Street between Thomas and East Streets.

They are incensed that they are being ordered to remove although their caravans and stalls are beyond the white line and they assist in cleaning the drain behind them. They denied the claim by the Public Works Ministry that the caravans were causing traffic congestion.

Among those plying their trade is a woman whose son is studying to become a Medical Doctor, and she says vending there is her only means of livelihood including paying her child’s tuition fees.  “It will affect me real bad because I am a single parent. My son is doing medicine at the Georgetown Hospital. He is a an ‘A student’ and if move where will I go? How will I upkeep him? I have to pay the UG fee. It is everybody who is out here, they are depending on this for their livelihood,”  vendor Amma Gibbons told Demerara Waves Online News. 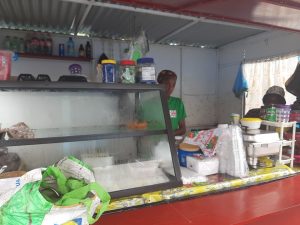 One of the many glass cases that food vendors were told to remove from their caravans on December 12, 2022

She vowed to “fight for our rights” because Brazilians are selling in Georgetown so “why can’t I sell too”. “It is not right, it is not fair. We are all Guyanese. We are doing the right thing. We are not going and steal and do any bad thing. We are just trying to make ends meet,” she added.

The vendors said they were issued removal notices one week ago and on Tuesday they were issued a final notice and specifically told that they must remove their glass cases because they would be taking away the caravans.

Another vendor said she expected the Minister of Public Works to be considerate by finding an alternative location where they could make similar volumes of sales. “I am just concerned about my livelihood; if he can just be patient with us, help us to get some place because it is the City Council, the Mayor is who put us here,” said Rachael Hinds. She suggested that the Minister of Public Works and the City Mayor work together to find an alternative location to sell. At the s 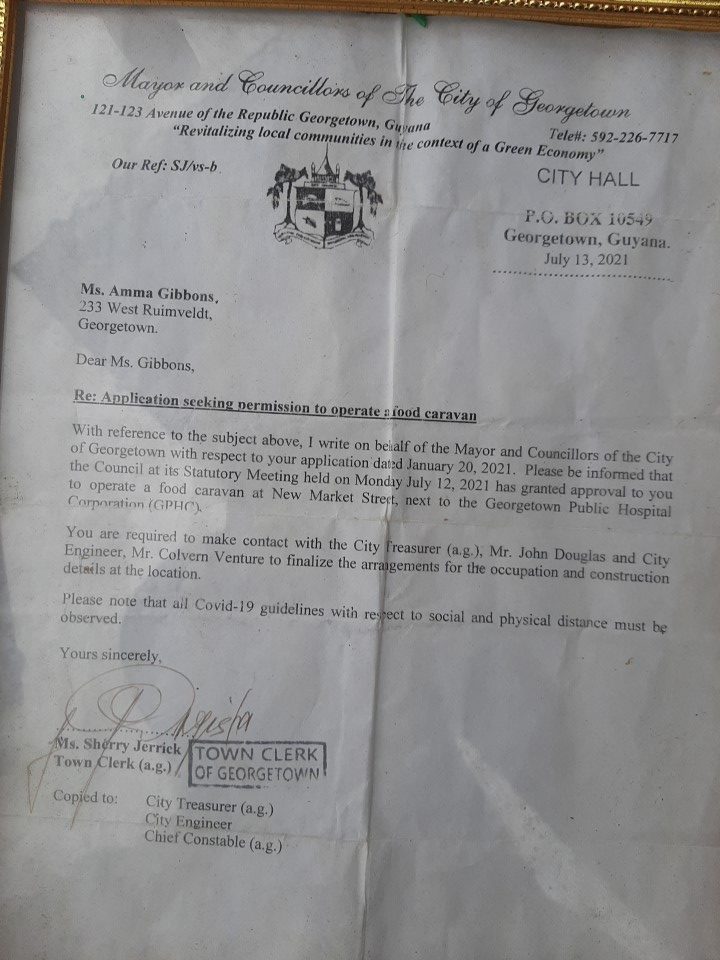 A letter of permission from City Hall to operate a food caravan outside the Georgetown Public Hospital.

ame time, she was wary of reduced sales at another location and “soon you will be out of business.”

Vendor, Audie Adams,  who has been selling outside GPH for about 30 years, questioned whether Mr Edghill was indeed God-fearing to force people out of a livelihood especially at Christmas Time. He warned that the governing People’s Progressive Party Civic (PPPC) risked losing much-needed votes at the next general and regional elections that are constitutionally due in 2025. “I want them to know that an election coming and the same people who they are pushing is who they will need and we will not support them. We can’t take it anymore so we are prepared for them this afternoon as they come. We will fight,” Mr Adams said. The vendor said the Public Works Minister “has a gold plate and a gold spoon” and so could not appreciate how ordinary people were eking out their livelihoods.

Ms Gibbons produced written evidence that she was granted permission by the Council on July 13, 2021 to operate a food caravan outside the GPH.

City Major Ubraj Narine, for his part, deemed the Public Works Ministry’s notice of removal illegal, adding that Council neither considered that order nor was the Council approached by the Public Works Ministry. Mr Narine said he has asked the City Hall administration to take legal action because the notice breaches the authority of the Municipality.  “As stated previously, and in accordance with the Municipal laws which designate Municipal roads, I have advised the Council to initiate legal proceedings against this notice,” he said.

Mr Narine contended that the planned removal of the vendors from outside the Georgetown Public Hospital was a deliberate economic strategy aimed at preventing poor people from earning a decent living further pushing them into poverty.