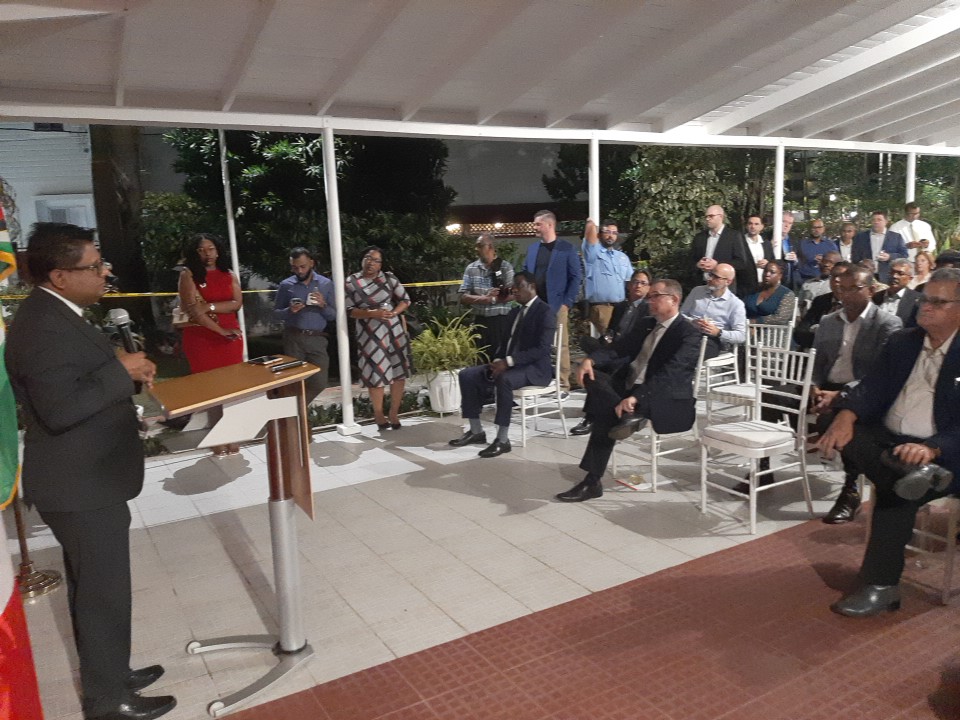 He restated that real economic growth in 2022 is now projected at “a staggering” 56 percent. “We are currently undergoing a transformation in the Guyanese economy that had scarcely been seen at anytime in the history and anywhere else in the world,” he said.

With the growth rates based on current proven reserves of 11 billion barrels of oil equivalent in the Stabroek Block, the Finance Minister forecast the sustained economic growth to be even higher as more discoveries are made and put into production.

The Finance Minister said the rapidly emerging oil and gas sector has paved the way for local companies to ramp up their own productive capacity to seize those opportunities. He said Guyana’s oil and gas sector’s needs “will only be met with a healthy dose of imported capability” from companies around the world that have an established track record, invested in equipment and technology and built relationships with tier one contractors.

While Guyana is open for business to foreign investors, he told the Canadian trade mission, Canadian Energy NL (Newfoundland-Labrador) that government welcomed the partnerships that were being forged between Guyanese and Canadian companies.

Operations Manger of Energy NL, Beverley Bishop said her organisation, previously known as Newfoundland and Labrador Oil and Gas Industries Association of about 460 members, has been rebranded to focus on both on renewable and non-renewable energy sectors.

Energy NL’s delegation is here under the auspices of the 62-member Canada-Guyana Chamber of Commerce in collaboration with the Centre for Local Business Development.

Canada’s High Commissioner to Guyana, Mark Berman, noting that the Guyana government has “strongly signaled” that the local economy would not be exclusively oil and gas, and so there are several investment opportunities. “In addition to oil and gas, there are significant opportunities in Guyana including significant infrastructure projects, clean energy generation, education, agriculture, tourism etc;” he said. Mr Berman noted that Guyanese support for Canadian companies has been “very positive” , largely due to the Canadian model of leveraging partnerships through leveraging capabilities, access and opportunities.