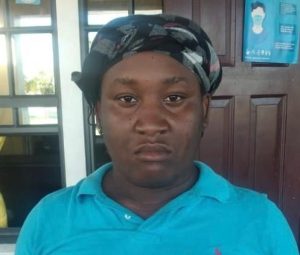 A cleaner, who was attached to the Guyana Telephone and Telegraph’s (GTT) Giftland Mall branch, told police that she assisted in planning the GY$19.4 million dollar armed robbery by bogus security guards who went there under the pretext of escorting the day’s earnings, police said.

In all , six persons pleaded guilty to the charge of robbery under arms on Thursday when they appeared before Magistrate Alicia George at the Sparendaam Magistrates Court.

Investigators identified the cleaner as 25-year old Andrea Dover of ‘D’ Field, Sophia. “During the interview, Dover admitted among other things that she was part of the planning of the robbery. Dover said that she received $800,000 from an accomplice as her share of the proceeds from the loot,” the Guyana Police Force said. 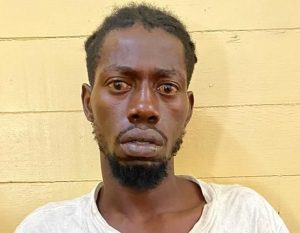 From the police account, it appears as though it was the driver of  of a white and black Toyota Raum, bearing licence number PKK 7701, who admitted that he drove that car during the robbery. Police said 26-year old Percy Quason Roberts of Meadowbrook Gardens told them that after the planning, “they placed a white wrap on the roof and bonnet of the said car to hide its true identity since the top and bonnet of the car is black in colour.”

The sleuths said Roberts then led  them back to his home and handed over the sum of GY$500,000 which was half of the proceeds he claimed that he received from the said robbery.

The investigators manage to track down and arrest four more suspects. The six were charged with robbery under arms allegedly committed on Khabranie Mohan at GTT, Giftland Mall on September 8, 2022. 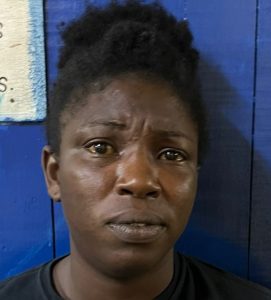 Police on September 9, 2022 said the robbery occurred at about 9:45 PM by two masked men who were armed with hand guns and dressed in the uniform used by a private security service that usually uplifts money from the outlet when it closes.

The employee said the men, who turned out to be fake guards, checked the money before whipping out handguns and restrained the staff members who were present with duct tape. The men then fled the scene and escaped in a Raum.

GTT later that day provided support to the staff members who experienced the ordeal. 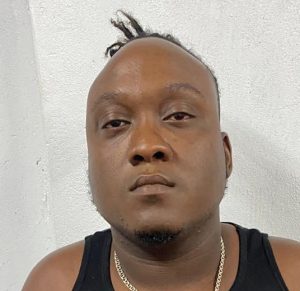