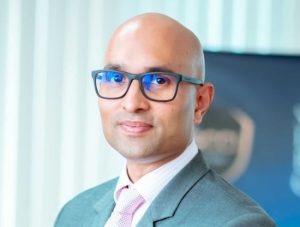 A prominent city businessman and major Guyanese investor in the oil and gas sector on Sunday publicly denounced the opposition for claiming that there is apartheid and he instead lauded President Irfaan Ali’s One Guyana agenda.

In clear reference to A Partnership for National Unity+Alliance For Change (APNU+AFC) claims of racial segregation and discrimination against Afro-Guyanese, Nicholas Deygoo-Boyer criticised the opposition for misusing the term “apartheid” which is largely associated with South Africa where Blacks were fiercely discriminated against by Whites. “My sympathy goes out to those who think that ‘Apartheid’ is an appropriate response. They should also feel ashamed for using the word so trivially, given the gravity of the word to Black South Africans,” he said on his Facebook page.

The businessman made no reference to the opposition’s concerns that Afro-Guyanese are being discriminated against in the provision of education, health, physical infrastructure, agriculture lands, cash grants/ relief, contracts, opportunities in the oil and gas sector and higher wages and salaries. The government has repeatedly denied these claims.

The businessman, who is a former Head of both the Georgetown Chamber of Commerce and the Private Sector Commission, knocked the opposition for its stance. “With the Opposition, you see old leaders who are playing to a core base but who will not be able to win support outside of that small base,” said Mr Deygoo-Boyer, a major investor in a shorebase that is under construction at Vreed-en-Hoop .

He predicted that the opposition would be defeated at the next general and regional elections that are constitutionally due to 2025. “Their campaign strategy is one of division. What they will miss is the shift in the mood of the ‘man & woman-in-the-middle’ who no longer is interested in populism, but instead in their own economic interests,” he said. Mr Deygoo-Boyer said there was increasingly greater interest by Guyanese in starting up businesses and how they could benefit from the oil revenues. “In short, you have to commend President Ali, who looks solidly on his way to his second term with policies like One Guyana – I have noticed persons who were not traditionally PPP supporters waiving the One Guyana flag,” he added.

According to Mr Deygoo-Boyer, Guyana needs a next generation of leaders both government and opposition learn from and build on President Ali’s One Guyana. He praised the Guyanese leader and the governing People’s Progressive Party Civic for its thrust in building racial unity.  “When you look at President Ali’s strategy for Governing and his “One Guyana” campaign you see someone who genuinely wants to build bridges across the different Guyanese groups. You see in the governing party, a strategy of inclusion, setting the stage for a solid platform for the future,” he said.

The People’s National Congress Reform-led coalition of APNU+AFC has on occasions said organisations like the Private Sector Commission and the Georgetown Chamber of Commerce and Industry are not neutral but favour the PPP.