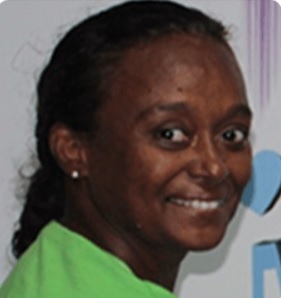 Longtime member of the Alliance For Change (AFC), Beverley Alert is tipped to replace Mr Raphael Trotman as a parliamentarian for the opposition coalition, senior party sources confirmed on Thursday.

Ms Alert, who is currently a National Executive Council (NEC) member for 2022-2024, has practiced journalism and public relations over the years.

Word that Ms Alert’s name would soon be dispatched to the Representative of the List of candidates for A Partnership for National Unity+Alliance For Change, Mr David Granger came one day after the AFC announced that Mr Trotman would be resigning from the parliament next week.

Mr Trotman is quoted as saying in AFC statement that his resignation mid-term from parliament is to “allow for rotation and space for new leadership training.”

The AFC said Mr Trotman, a party co-founder,  would remain a member of the NEC.