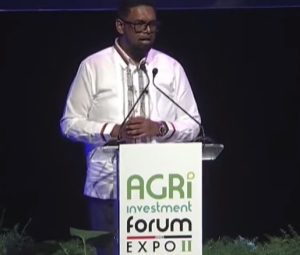 Guyana’s President Irfaan Ali- the Caribbean Community’s (CARICOM) leader who is responsible for agriculture- on Friday said the region has made “significant progress” towards the 25 percent reduction of its food imports by 2025, even as a number of member-states have submitted proposals to Republic Bank to tap into a US$100 million credit facility.

Addressing the 2nd CARICOM Agri-Investment Forum in Trinidad, he said that as of March 2022, Jamaica has reached 26 percent of its target with “solid performances” in mainly onions and Irish potatoes.  Turning his attention to Trinidad and Tobago, he said “strong performances” were registered mainly in poultry in which 66,500 metric tonnes of the targeted 83,000 metric tonnes were produced up to June 2022. Dr Ali also released statistics for St Lucia’s production of fresh vegetables, fruits, poultry and pork have “outstripped targets.” While St Lucia’s targeted volume of 91.4 metric tonnes of fruits of vegetables but by June, 2022, the reported production was 1.309 million metric tonnes. “This, of course, is indicated of a clear need for upward adjustment of the targets,” he said. That was, for instance, because St Lucia imported 8,249 million metric tonnes of fruits, vegetables and pork. “While we saw a significant growth, there is still a huge gap in the import and the production,” he added.

The President said Guyana and several other countries in the regional bloc have already submitted proposals to Republic Bank for financing of large scale agriculture projects.

He said a “common platform” was being developed to provide the required technologies to the agriculture sector for the entire region. “We do not need to each invest in the same technology,” he said.

The establishment of a Guyana-Barbados food terminal, he said, was an indicator that  steps were being taken to “a certain extent” to remove non-tariff barriers. He said similar systems are being explored with Antigua and Barbuda, Jamaica, St Lucia, and Trinidad and Tobago to cater for increased production and easier access to markets.

In Guyana, he said there was “steady progress” with the aim of being completely self-sufficient for feed input with corn and soya by 2024 . Guyana has reach 61 percent in poultry and livestock 80 percent of its set target.  Hoping that Guyana could become self-sufficient in corn and soya, he urged “We are open and ready for this partnership with the private sector.” he said.

In the case of Barbados was focusing on  financing production and productivity with the use of technology and leading a program that would see the growth of aquaculture an actual production before the end of this year in Barbados. “It is no longer talking about what can be done is doing what we have been talking about. selves, but being part of the solution for the world,” he said.

A Brazilian delegation is also participating in the Expo.