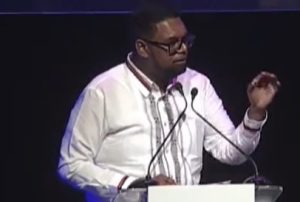 Leaders of the 15-nation Caribbean Community (CARICOM) are impatient by the failure so far by the region’s private sector to invest in a transportation system to move mainly agricultural cargo, President Irfaan Ali said Friday.

He cautioned at the opening of the 2nd Regional Agri-Investment Forum in Port-of-Spain, the capital of Trinidad and Tobago, that if CARICOM’s private sector failed to take up the challenge to resolve that major constraint to regional food production and consumption, that intergovernmental organisation would have to find the solution outside the trade bloc.

“Come on board and let us together form a partnership to solve this problem. If not, if not. If not, then you give the heads no other choice but to go extra regional,” said Dr Ali who is responsible for agriculture in CARICOM’s quasi-cabinet.

After reporting that over the past two months Guyana, St Lucia and Jamaica have reported good progress in increasing food production, the Guyanese leader said the region’s private sector has “enough private sector” to take advantage of the opportunity and fix the transportation problem.

CARICOM Leaders have already informed the region’s private sector that they are ready to negotiate a package of incentives that would see  both sides benefitting from such an infrastructure in place. “We are willing to sit with such a consortium and come up with a menu of measures and incentives that allow you the space to operate in a very, very viable manner in fixing the transport and logistics problem,” he said. The President told the delegates, who included top business executives and the Head of the Caribbean Private Sector Organisation (CPSO) that they have cease operating merely in self-interest and expect governments to do the bulk of the work. “We cannot sit back in the private sector and expect that the government must create the environment all the time the government is an enabler. It’s an enabler is an enabler to open up the opportunity. We have to stop work in a selfish way in the region at every level and private sector need to come together, understand the scale of opportunity scale, their thinking up and go after the opportunity and put the pressure back on the heads and the reason to say we are ready,” he said.

Distributors across the Caribbean, he assured, should not be concerned about being displaced by reduced food imports from outside the Caribbean. Instead, he recommended that they grasp the opportunity of being part of the regional agricultural system in the areas of agro processing, packaging and marketing. “This is not displacing the distributor. This is adding an additional layer of business opportunity for the distributors in the region. Because not only are you distributing now, but you are part of the value chain. Are we willing to do it this is not the responsibility of the heads of state,” he said.

While the  CARICOM lead spokesman on agriculture seemed cautiously satisfied with the progress being made by a number of countries to remove non-tariff barriers and trade freely in agricultural produce, the President criticised the absence of harmonised interpretation of regulations and standards. “The bureaucracy that exists has created severe humbug in the system in this region. We have the misinterpretation of rules. There is no commonality through which we interpret some regulations. The institutions exists on different standards and different rules and different regulations.

We have to fix the institutions in a way that every single institution in the region operate on the same procedures, guidelines and standards so that our people will have a common access and a common understanding as to what the procedures the guidelines and standards are. And it must not vary from country to country. It requires a shift in thinking is shifting our mindset,” the President said.

President Ali said CARICOM was pushing Republic Bank to approve a number of proposals for financing from a US$100 million line of credit that has been made available by that state-owned Trinidad and Tobago bank. Barbados and Guyana have already submitted seven proposals and others are being drafted by St Vincent and the Grenadines, St Lucia, and Trinidad and Tobago.

He said Guyana and CARICOM would be setting up a monitoring and implementation unit, and would be taking advantage of US$29 million that the United States Agency for International Development (USAID)  has offered the region for its food security plan. 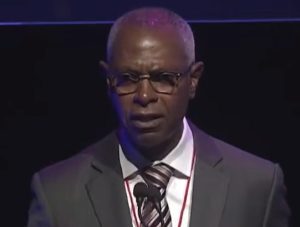 Chairman of the Caribbean Private Sector Organisation, Mr Gervase Warner speaking at the opening of the 2nd CARICOM Agri-Investment Forum

CPSO Chairman Mr Warner said the more than US$4 billion food import bill does not include the economic activity that is required to produce that food. He estimated that CARICOM could produce US$1.2 billion or 25 percent of the food bill in the area of cereals (valued US$324 million), meat products (US$319.2 million), vegetables, fruits and nuts (US$188.3 million), milk and cream (US$127.7 million), beverages (US$126.3 million), and fish products and crustaceans (US$86.2 million). “US$1.2 billion of import substitution is big scale,” he said, citing the need to tap into the required resources for big and small producers.

He discouraged member states not to grow produce that could not be easily marketed because they would not have the specific size, quality or packaging  or invest big  corn mills if  there would be no transportation infrastructure or pursue pork or poultry if there are trade barriers. “It is really essential that we take a full value chain perspective and outlook as we approach this problem,” he said.

Mr Warner said aspects of the CARICOM agricultural drive should consider infrastructural needs to be funded by the state or the private sector, required technologies, access to capital and incentives, the transportation network that is needed, port storage, and brokerage and distribution systems, sanitary and phytosanitary requirements, and harmonisation of the Common External Tariffs on extra-regional products. He noted that the duties and taxes on chicken imports are different with two sets of countries that are protecting consumers and producers, resulting in US$150 million worth or 120,000 tonnes of that meat being imported from outside CARICOM. He said CARICOM produces 285,000 tonnes of chicken but there is need for a Single Market regime for poultry possibly with autonomous tariff quotas.