Rohee to be sworn in as GECOM Commissioner today 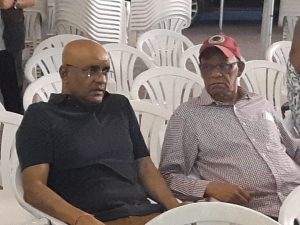 Mr. Rohee, a former General Secretary of the PPP, serves on the PPP Executive and has held several ministerial appointments.

The Office of the President said Ms Shadick’s replacement would be sworn in at 10:30 AM Tuesday before President Irfaan Ali.

Having exited active political life, Mr Rohee has been at the helm of the Guyana Peace Council, a decades-old PPP-aligned organisation, which operates out of Red House.

GECOM, in paying tribute to Ms Shadick, noted that she participated in three Commission meetings in the days running up to her demise.

Since the COVID-19 pandemic Ms Shadick had remained indoors for fear that it would have complicated her illness.