Guyana’s oil will be in long-term demand, despite transition to clean energy 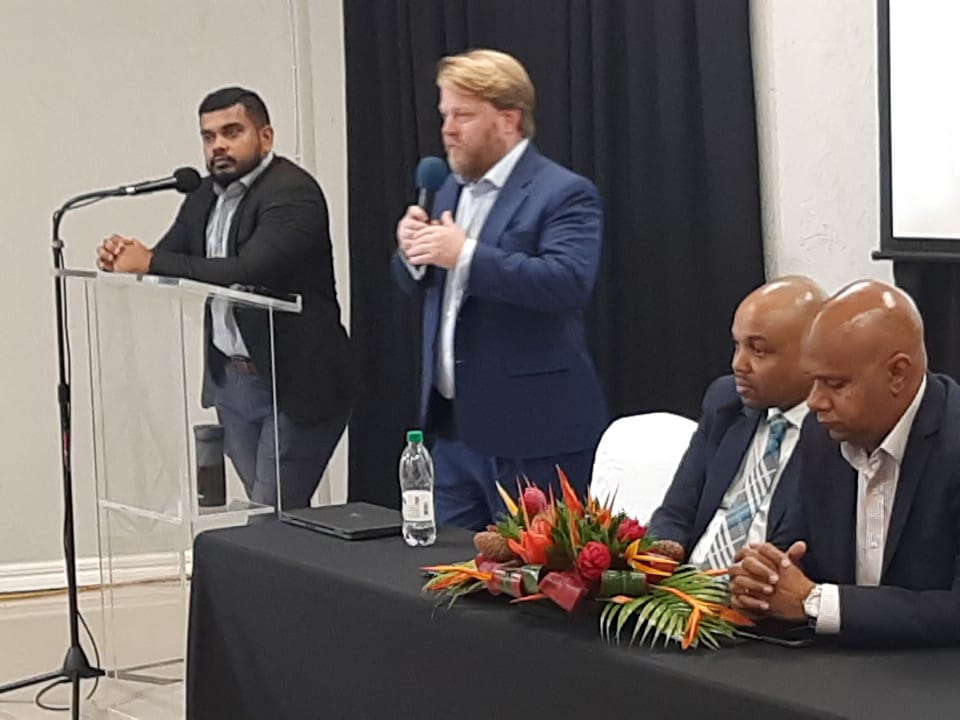 Guyana’s low carbon dioxide emission crude oil and break-even price of an average of U$28 per barrel have positioned the country’s reserves for a good market, even with a projected global demand of up to 50 million barrels per day by 2050 due to the shift to cleaner energy such as renewables, according to the Norway-headquartered Rystad Energy.

Rystad Energy’s Senior Vice President & Head of Latin America, Schreiner Parker said during a presentation on his entity’s most recent oil and gas study on Guyana’s upstream industry that existing production would not be sufficient to meet the 2050 demand . “This is really significant in the sense that when you have this low emissions intensity and the low cost resource, you’re able to be a long-term supplier for oil and gas no matter what the energy transition does and I think that demand figure of between 50 and 30 million barrels per day means that Guyana will have a place at that supply table because of these necessary and sufficient conditions,” he said.

In addition to the need for production from new sources, including discoveries, he said the crude has to be low cost in order to be profitable and emit low amounts of carbon in an era of energy transition to cleaner energy and renewables. “That’s what the global community is concerned about these days. Guyana has both the necessary and sufficient conditions to be a producer and be a part of the supply mix in the long term in 2040s and 2050s,” he said at the event organised by the Georgetown Chamber of Commerce and Industry and OilNOW.

Guyana, with the gas-to-energy project, intends to shift from heavy fossil fuels to natural gas, hydro, solar and wind as part of its own energy transition plan.

Mr Parker said that already Guyana is regarded as “one of the most competitive sources” other future large oil sources outside of the core Middle East and offshore Norway, beating out the Permian Basin in the United States, Russia and other onshore sources. The Rystad Energy official explained that mid-80s of Guyana’s assets have a breakeven ranging from US$18 per barrel to US$35 per barrel.

Turning to emissions intensity for Guyana’s production is 9 kilogrammes of CO2 per barrel of oil equivalent or half of the global average, based on figures from Liza 1 and Liza 2. He said already, the Floating Production Storage and Offloading vessels (FPSOs) that are operating in Guyana outperform 75 percent of global producing assets.

Rystad Energy calculates that government’s take is projected to peak at US$16 billion in 2036.

Meanwhile, the Rystad Energy Vice President and Head of Latin America scoffed at suggestions that his entity was in the pockets of ExxonMobil and the Guyana government. He said that while many companies including supermajor, ExxonMobil, and its co-venturers are its clients, its papers are 100 percent independently produced based on research and its proprietary data tools.