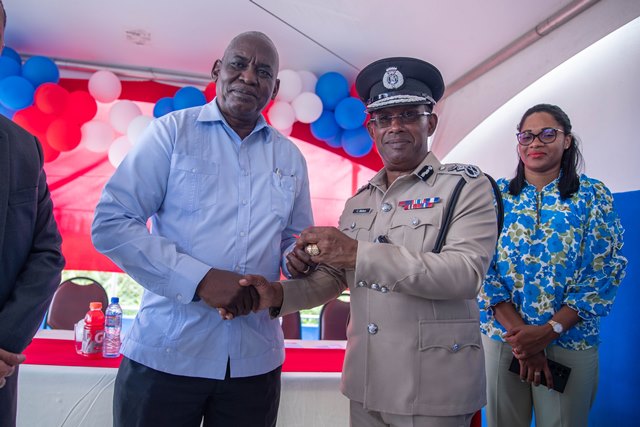 Home Affairs Minister Robeson Benn has told the High Court that President Irfaan Ali swiftly appointed Mr Clifton Hicken as acting Police Commissioner in the absence of an Opposition Leader and Police Service Commission because of ongoing threats from Venezuela, the need to enforce a raft a laws and manage the more than 7,000 strong police force which can exercise military powers.

“The Bolivarian Republic of Venezuela has long made a claim to a large portion of the sovereign territory of the State of Guyana. In recent times, this claim has been followed up with actions in certain border communities, including unlawful presence in Guyana’s territorial waters.

This threat to Guyana’s territorial integrity is compounded by the fact that there is a constant £ow of persons from Venezuela into Guyana, which require both the Guyana Police Force and the Guyana Defence Force to be engaged in daily monitoring of the situation, as well as be ready to take action, when necessary, in order to protect Guyana’s territorial integrity as well as to protect national security and public order,” Mr. Benn said in the affidavit that was drafted by Attorney General Anil Nandlall.

In an affidavit in defence in an opposition A Partnership for National Unity+Alliance For Change (APNU+AFC) case that challenges the constitutionality of Mr. Hicken’s appointment, Mr Benn also said that as soon as the Police Service Commission was appointed government took steps to meaningfully consult with the Opposition Leader for the appointment of Mr. Hicken.

In that regard,  Home Affairs Minister said , “this appointment was intended to be of a transient nature until , the appointment of the Police Service Commission and its Chairman, and a  person elected to fill the vacancy of Leader of the Opposition.”

Mr. Benn said the interim appointment of Mr. Hicken, being “duly qualified to function in that office”, could not be challenged in court because it was a “matter of executive policy.”

With Mr. Norton having been elected Opposition Leader on April 13, 2022, the Home Affairs Minister said the President began the process of meaningful consultation for the appointment of the Police Service Commission among others. The PSC was appointed on May 31 after which the President, according to the Home Affairs Minister, began the process to appoint an acting Police Commissioner. The court document states that the PSC Chairman, Patrick Findlay on June 13, 2022 said he had no objection to the President’s nominee for that post.

The affidavit cites the internal political wrangling in the People’s National Congress Reform (PNCR) for the emergence of Mr. Norton as Opposition Leader.

In a separate case, Mr Norton is challenging the constitutionality of the appointment of Mr Findlay as PSC Chairman on the grounds that there was no meaningful consultation.