BREAKING: Undercover cop to be charged with murder of Quindon Bacchus 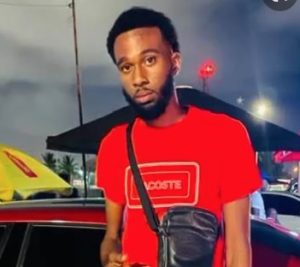 Guyana Police Force Lance Corporal, Kristoff De Nobrega is to be charged with the murder of Quindon Bacchus, and two other lawmen are to be charged with related offences, the Director of Public Prosecutions, Shalimar Hack said Monday.

The politically and emotionally charged incident on June 28 saw a march from Golden Grove to Mon Repos, East Coast Demerara where several vend0rs were robbed and assaulted and their properties damaged. While the governing People’s Progressive Party has blamed the opposition for the unrest, the opposition has accused the Irfaan Ali-led administration of fomenting the attacks.

The DPP said the Chairman of the Police Complaints Authority (PCA), Retired Justice William Ramlal, in his report and file that was received on July 3, 2022,  recommended that Lance Corporal  De Nobrega  be charged with murder.

“The DPP has since advised the police to proceed with the institution of this charge,” Ms Hack said in her media statement.

Police have also been advised to charge Sergeant Dameion McLennon  with attempting to obstruct the course of justice.