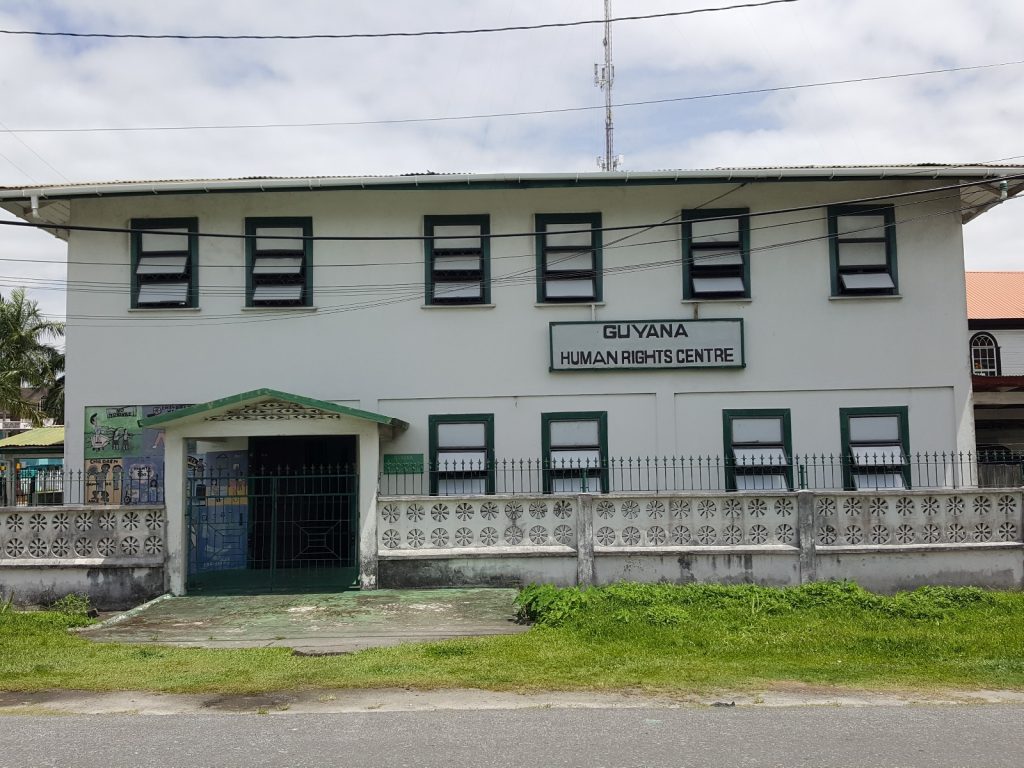 The Guyana Human Rights Association (GHRA) on Saturday castigated those protesters who assaulted Mon Repos market vendors and stole, damaged and destroyed their properties last week, but heaped criticism on police and soldiers for taking a laid back approach and allowing the march to extend for several miles.

“The Guyana Human Rights Association (GHRA) condemns without reservation the criminal behavior of those people who took advantage of the East Coast Demerara demonstrations to rob, assault and terrorize stall-holders, bus-drivers and other by-standers. They should face condign justice,” the organisation said in a statement.

Residents of Golden Grove village, East Coast Demerara had become incensed at a report that undercover policeman, Kristoff De Nobrega, who is accused of the brutal gunning down of Quindon Bacchus. The Police Complaints Authority (PCA) is said to be investigating the incident that might have stemmed from either Bacchus’ alleged efforts to sell the lawman a handgun or a feud between the two.

Amid mounting criticism by the Working People’s Alliance (WPA), Alliance For Change (AFC) and the governing People’s Progressive Party (PPP),  the People’s National Congress Reform (PNCR) has blamed the government for infiltrating the protest and causing mayhem at Mon Repos Market.

Concerning the blockage of the East Coast Demerara public road with debris from Golden Grove to Mon Repos, the GHRA said the residents had commuters had a right use that east-west thoroughfare without obstruction. “Similarly censured should be those whose excessive response saw the main public road blocked causing considerable disruption to untold numbers of people trying to go about their normal business on the East Coast,” the association said.

The Guyana Police Force and the Guyana Defence Force’s performance in containing the unrest has also been criticised by the GHRA. “Equally to be condemned is the violent and undisciplined behavior of the GPF/Joint Services both for the expansion of the protest along the East Coast  and the terrorizing of the residents of Golden Grove village throughout the night of June 28th,” the GHRA noted. On that night, police fired teargas and pellets at protesters who had charged at them. Hours later, more than a dozen persons were arrested and placed before the court for riotous behaviour.

That association is also worried about the adverse impact of Social Media on the peace and stability of the nation, in light of claims that the unrest was sparked off by a Daily News Guyana post that Mr De Nobrega had been released from custody. “We need to pay more attention to the speed through which social media impacts and inflames in the same way we need to separate criminality from genuine protest  and the extent to which frustration over police incompetence encourages exaggerated reactions,” the association said. Daily News Guyana, a publication believed to be owned or associated with the friend of a key PPP political figure, has since suspended the person responsible for the entity. The Guyana Press Association has said it does not recognise Daily News Guyana as a legitimate media house.

The GHRA indicated that it had no faith in the investigation into the incident by the PCA and the police force’s Office of Professional Responsibility as they are both at the behest of the Police Commissioner. That decades-old organisation further expressed concern about the politicisation of the appointment of the Police Service Commission, the constitutional body that is responsible for the appointment and disciplinary action of members from Inspector to Assistant Commissioner.

The Guyana government has since begun compensating Mon Repos market vendors for the damage, destruction and theft of their stocks and and other items by a number of the persons who were in the protest.