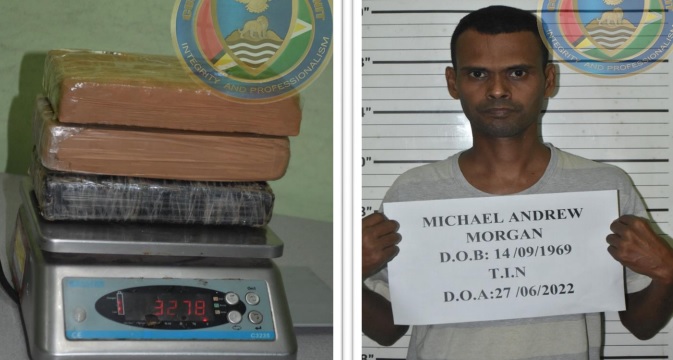 Andrew Morgan, whose brother was convicted in the United States for drug trafficking several years ago, was Monday arrested allegedly with 3.27 kilogrammes of cocaine, a gun and ammunition in his possession at his Eccles, East Bank Demerara home, the Customs Anti-Narcotics Unit (CANU) said.

The anti-drug agency said the 52-year old man was caught with the illicit substance, twenty-seven 9MM rounds, one .32 Taurus firearm and twenty-five .32 rounds during an operation at 142 Ixora Avenue, Eccles. 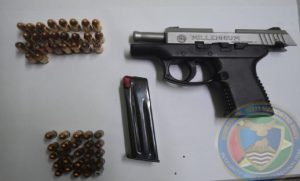 The gun and ammunition that were allegedly seized from the residence of Andrew Morgan.

His brother, Peter Morgan, was arrested in 2007 in Trinidad from where United States agents flew him to New York where he was convicted for cocaine trafficking in 2010 and sentenced to 10 years, three of which were calculated as time already served. He was deported to Guyana in November, 2015.