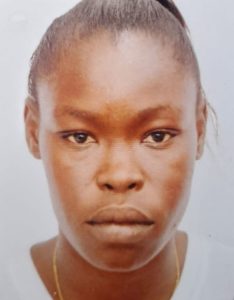 Police have arrested four persons who allegedly murdered a security guard in the vicinity of the Brickdam Secondary School, Georgetown, the Guyana Police Force said.

The woman has been identified as 21-year old Carol Davidson who lived at East La Penitence Squatting Area.

She was lashed several times and stabbed to her left side chest, police said.

Police say they suspect that three women– ages 20, 28 and 29 and a 28-year-old man– all of North East La Penitence Squatting Area killed Davidson.

Investigations have so far revealed that the now dead woman had an old misunderstanding which led to a fight on June 5, 2022 at about 10 AM.

Police were informed that Davidson was  “drinking” with a group of friends in a yard in the vicinity of Brickdam Secondary School Bridge, when the perpetrators entered the said yard and attacked the woman with several pieces of wood.

Police said their probe has also found that a scuffle ensued during which the suspects lashed Davidson several times.

The victim reportedly managed to escape by running around a house which was in the yard but was pursued by the three women and one man, the law enforcement agency said.

The suspects, one of whom was later seen with a knife in her right hand, all ran out of the yard making good their escape, police added.