Engineer stabbed to death after intervening in a wounding incident 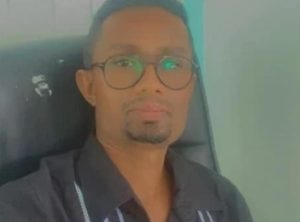 Engineer Neil Rampersaud was Sunday morning stabbed to death by a man who he lashed for failing to go to the police station because he had one hour earlier stabbed another man, the Guyana Police Force said.

Investigators said the suspect,40, of Victoria Road, Plaisance, East Coast Demerara, was arrested and a ‘coconut blade’ that he alleged used to stab Rampersaud, 31, was retrieved.

Police said the 42-year old Mohan Panchu of Better Hope, East Coast Demerara who was stabbed by the murder suspect during the first incident was receiving treatment.

Police said Rampersaud , who lives in the same street with Panchu, learned about the incident and at about 07:38 hours Sunday, and approached and confronted the suspect in the vicinity of Zahora Street, Better Hope.

“Rampersaud told the suspect that he has to go to the police station for wounding Panchu. Rampersaud and the suspect then got into a misunderstanding where the now deceased man dealt the suspect two lashes about his body. The suspect, who was armed with a ‘coconut blade’, stabbed Rampersaud in the upper left side ribs area, causing severe injuries,” police said.

Rampersaud was later escorted to the Woodlands Hospital where he succumbed whilst receiving medical treatment.