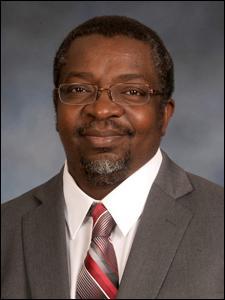 He highlighted that some of the 30 varieties being examined by Guyana were selected from a country that has similar growing conditions.

“For example: production region, weather conditions specifically. Wheat does well under cool and light conditions. If you’ve got hot, dry conditions, then the wheat grain-fill period is going to be shortened,” he told the government-organised three-day Caribbean Agricultural Investment Forum and Expo.

He said simulation modeling could be done to determine the best location in Guyana to grow the grain and ascertain how well it goes.

Dr Paul, who teaches at Ohio State University, praised Guyana’s efforts so far t0 possibly become a wheat producer. “I commend the group that’s working on raising wheat in Guyana. They are already looking at thirty different varieties. It’s an important first step. You need to understand which varieties are best adapted to go into a business in Guyana so that’s a very good first step to understand which varieties should or would do well under our conditions,” he said.

After finding the best varieties with the highest yield and resistance to pest and diseases under Guyana’s hot and humid conditions, Dr Paul said support would have to be provided for capital investments in specialised equipment. Getting into a highly competitive wheat market, he said, would mean that there should be a system to back growers and investors.

A graduate of the Guyana School of Agriculture, Professor Paul said there should be research and extension to provide expertise, advise and train wheat growers, and scientists. “We need to be able to train these guys to learn, to understand on how to raise wheat so we heed a support system of extension and research,” he said.

He recommended that the millers and bakers be part of a conversation so that the production could be tailored to meet their demands. With Guyanese using one type of wheat flour to make different products such as bread, roti, cakes and cookies, Professor Paul said that means that it is a blend of different varieties. “It is important to know this to know what products can be made and what other type of wheat we need to import that can blend to enhance our product,” he said.

Dr Paul noted that there are hard, soft and red wheats which all have different protein content and gluten strength.

Professor Paul, who has 25 years working with wheat, offered to train Guyanese farmers and students.
Due to the Russia-Ukraine conflict, the soaring price of wheat has had a knock-on effect on consumers in Guyana where consumers are paying more for flour and flour products.