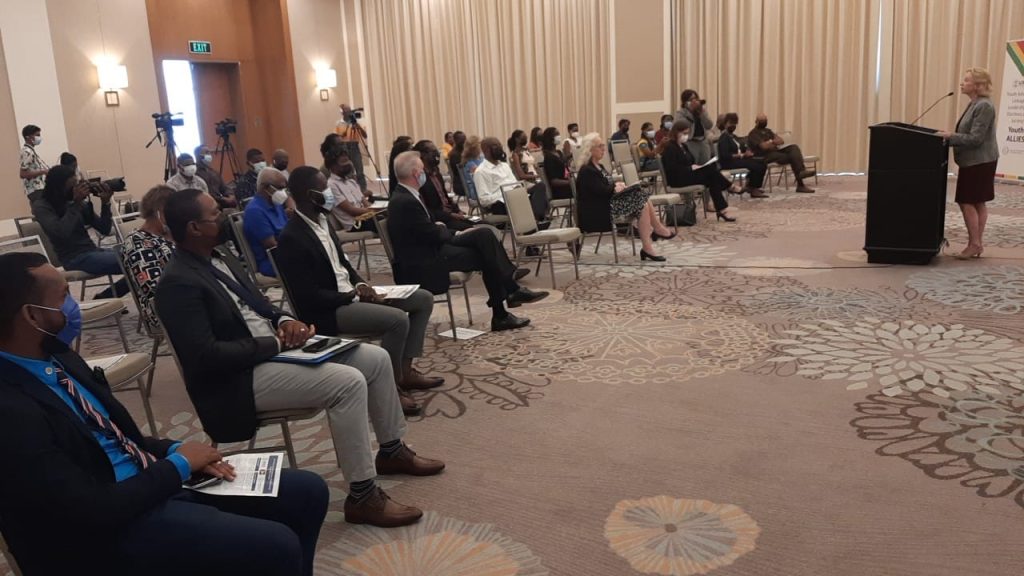 The International Foundation for Electoral Systems (IFES) has embarked on a three-year project to encourage youths, especially disabled persons, to participate in democracy especially at the local government level as well as cultivate the involvement of all people.

“The final goal is to promote inclusive governance through evidence-based research. We want all of our programming to be responsive to the actual needs and the realities of the communities in which the Youth Allies project will operate,” said IFES Country Director, Meredith Applegate.

She said the Youth Advocacy, Linkages, Leadership In Elections and Society (Youth ALLIES) programme recognises that youths can help determine the success of the present and shape the future. Through trainings and public awareness programmes, the Youth Allies programmes will build up crucial skills while providing foundational knowledge on democracy, local government and elections so that young peo0ple have the knowledge they need as well as the skills to be positively engaged in their own democracy particularly at the local government level,” she said.

American Ambassador to Guyana, Sarah-Ann Lynch added that the project was  planned with the input of young people and “will support youth participation in local governance and local elections.” “Youth play a crucial role in successful democracies around the world and Guyana is no different,” she added while noting that the United Nations estimates that 70 percent of Guyana’s population is under the age of 35 years and make up a significant portion of the electorate.  Directing her remarks to Guyanese youths, the US envoy said they have a “vested interest” in contributing to decision-making that shapes their lives and futures. “When young people are disenfranchised or disengaged from political processes, the political system, as a whole is undermined. Inclusive political participation is a fundamental political and democratic right and is essential to building stable and peaceful societies,” said.

Ms. Applegate said the project would foster problem solving and positive civic engagement through ongoing youth-focussed initiatives to help them realise their goals. She announced that small grants would be made available to assist individuals and small groups to put their new skills to use in the spirit of working together. 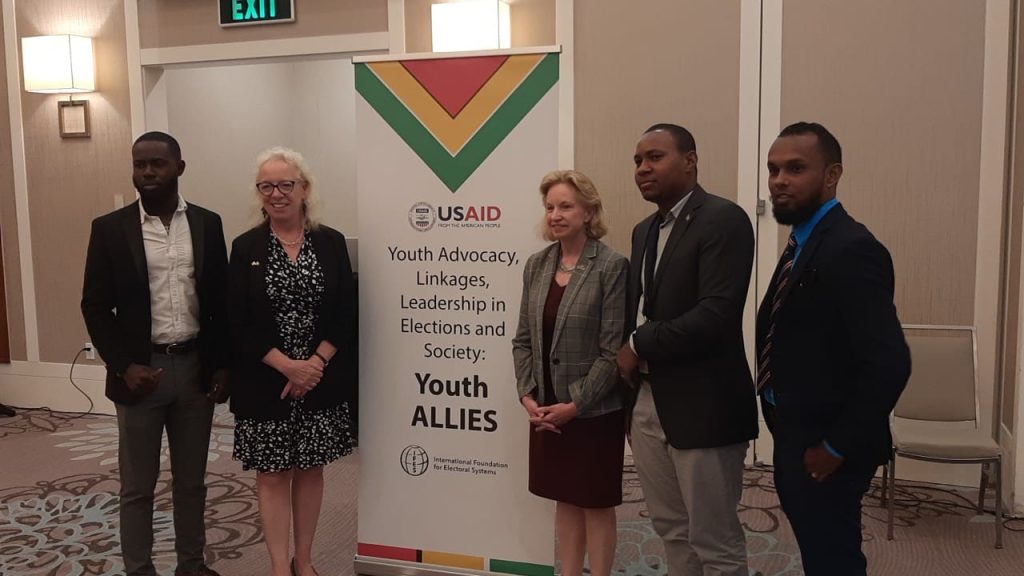 Supported by the United States Agency for International Development (USAID), Ms. Applegate said over the last few months a number of its educational materials had been tested which showed that youths are willing to learn, create, support each other and make a real difference in the lives of people they know.

Executive Director of Youth Challenge Guyana (YGC), Dmitri Nicholson hoped that, through the project, youths would be able to break down cultural and other barriers, focus on accountability and hopefully “put some sense” in the heads of politicians though he acknowledged that would be a difficult task. “YGC anticipates that, through this partnership, Guyanese communities will become better informed with the facts and will hold their leaders accountable whomever they may be,” he said.

Dr Quacy Grant of the Guyana National Youth Council (GNYC) said already a training of trainers exercise has been launched through the Youth Allies project. He said GNYC was interested in seeing the three-year project benefit persons of all persuasions and geographic areas. “We intend to ensure that all the aspects of the programming are inclusive, are non-partisan and it reaches those who are remote, those who are marginalised,” he said.

The US Ambassador cautioned that if youths do not know their rights and are not given the knowledge and capacity to participate meaningfully at all levels, they could “rapidly feel disempowered”,  and no one would listen to them or take them seriously even when they  are heard. “The problem can become circular as politicians may lose interest in responding to the aspirations of young people if they think that they cannot win their votes,” she said.

Ms. Lynch said such a situation would lead to youths being continuously excluded from decision making or debates in key socio-economic and political issues, although they are keen on social equity and justice, environmental protection and cultural diversity.

2022-05-13
Denis Chabrol
Previous: Norton denies saying he has “winning” Statements of Poll
Next: Over 30,000 new registrants – GECOM’s Commissioner of Registration