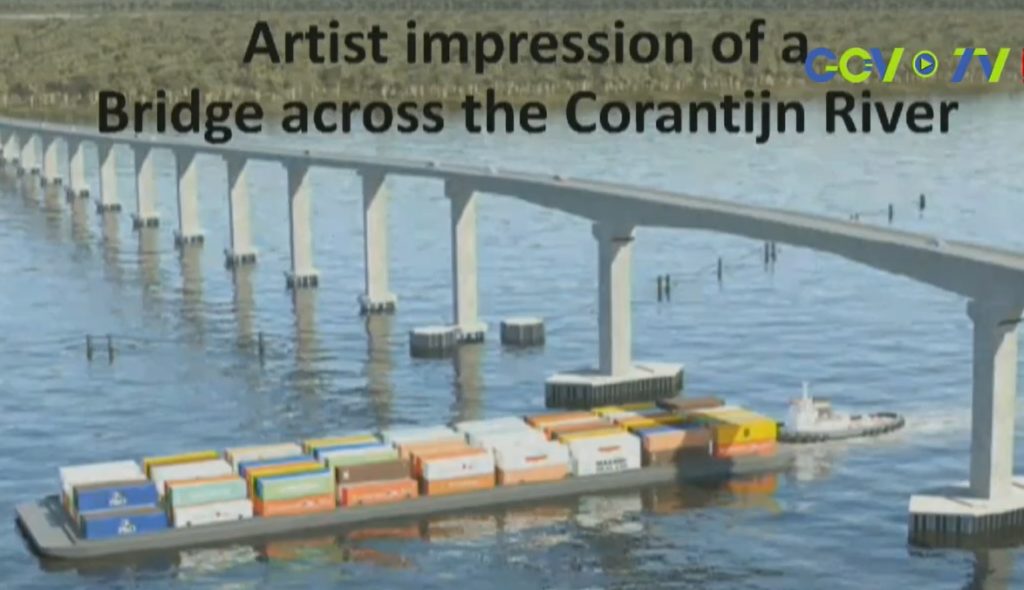 Guyana and Suriname on Wednesday advanced one step closer towards the construction of a bridge across the Corentyne River with the signing of a contract for feasibility studies to determine financing, traffic flows and toll and  other revenue generating options.

The US$2 million contract with the Trinidad-based consultancy firm, WSP Caribbean, will see the conducting of the studies over the next seven months. The studies are aimed at determining the best Design, Build, Finance and Operate model for the Corentyne bridge through a Public Private Partnership.

Suriname’s Technical Assistant for Capital Infrastructure Projects,  Kees Boender said authorities were hoping to  be ready for the PPP tender  by the end of 2022 or early 2023.

He said the bridge would have a lifespan of 100 years and low as possible maintenance. The bridge which would link Moleson Creek in Guyana with South Drain via Long Island  anticipated ships of 47,000 dead weight tons, a horizontal clearance of 100 meters and vertical  clearance of 43 metres

Guyana’s Public Works Minister Juan Edghill, who signed the agreement with his Surinamese counterpart Riad Nurmohamed, hoped that the bridge would be a boost for travel, tourism, agriculture, oil and gas.

Guyana’s Public Works Minister Juan Edghill and his Surinamese counterpart Riad Nurmohamed signing the agreement for the feasibility studies to be conducted for the Corentyne River Bridge.

Mr. Boender said after the feasibility studies are finished an expression of interest would be launched.  “Those studies are to get a better insight into all aspects of the bridge because layer on we have to make a deal and it’s better to have all the details known to you. All the financial ins and out to be investigated to lower the risk and to get better PPP deals and that should be savings,” he added.

As part of the main study for preliminary design, WSP Caribbean would als0 conduct geotechnical, hydrologic and hydrographic tests as well as traffic demand and traaffic forecasts, financial and economic evaluations, the best legal framework, environmental assessments,  tender, documents,  and the pre-design of a bridge and a road.

Mr. Boender cautioned against discounting traffic and so he said there would be a review of existing plans and reports all regarding developments, possible growth  and urban plans among others, plans for new ports, mining in the south, oil , value for money, financial models, financing and whether “collecting toll be enough.”

The Surinamese engineer said the predesign of the bridges and roads would be based on either the American or European heavy loading class.