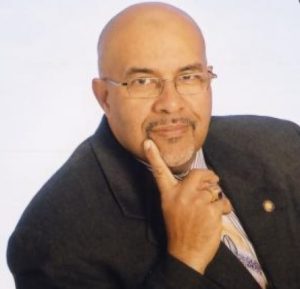 A mere four months after Dr. Richard Van West-Charles was appointed advisor to the Leader of the People’s National Congress Reform (PNCR), Aubrey Norton, he on Friday appeared set to pull out from that post over concerns about his leader’s poor communication and lack of consultation.

“I have therefore concluded that until the role of, and the process by which the Advisor can function in a meaningful manner, critical to bringing value to our Party is clarified, I have no other option than to offer to withdraw from the named position of Advisor. I do wish to make a positive and effective contribution to the work of the Party, but not as a casual or optional appendage,” Dr  Van West-Charles said in his April 14, 2022 letter to the PNCR Leader.

Demerara Waves Online News sought a response from Mr. Norton via WhatsaApp, but the message was read and no response was provided.

In a covering note to PNCR Central Executive Committee members on Thursday, Dr Van West-Charles told them that he had sent the letter almost one week ago to their party leader, General Secretary Geeta Chandan-Edmond and Ms. Volda Lawrence but “I have since not received an ackn0wledgement. “I believe that as members of the Central Executive Committee of our party you ought to be informed on matters that are of a political, organisational, social and financial nature. Hence I would like to share same with you for your consideration and future direction of our party,” he said.

While Mr. Norton had on December 20, 2021 announced in his acceptance speech that he had appointed him and Ms. Volda Lawrence as political advisors, Dr Van West-Charles told his leader that reaching him has been virtually impossible because he has seldom answered calls or messages and several email have not even been acknowledged.

Dr. Van West-Charles said he had only first learnt of PNCR positions on a number of issues in the public media rather than even informing him as a matter of courtesy. The longtime Guyanese politician, who had contested the December 2021 internal party elections for the post of leader also accused Mr. Norton of bypassing the Central Executive Committee and making pronouncements.  “It is apparent that we have not yet recognized, at the leadership level of our party, how imperative and urgent it is to re-engage in a culture of consultation and advice. More so, it appears that the role of the Central Executive Committee remains diminished since none of the important political matters which you have responded to in the public domain, have benefitted from the consultation and discussion critical to the guidance and strategic focus the Party urgently needs!,” he said.

In the quest for party unity and end to the slate-of-candidates culture, Dr. Van West-Charles said he had secured a commitment from now resigned parliamentarian and ex Opposition Leader Joseph Harmon to meet with Mr. Norton but efforts to reach the latter proved futile. “Despite my best efforts, I was unable to reach you, to share those developments and the undertaking  Cde.  Harmon had given to  meet,” he told the PNCR Leader.

Dr. Van West-Charles, who is the son-in-law of PNCR Founder-Leader Forbes Burnham, stop short of  chiding Mr. Norton for apparently giving lip-service to party unity. “A primary task that you gave yourself, and your administration when you were elected leader of the PNCR, was to rebuild unity, defeat division and factionalism within the party. The continuation of the SLATE culture utilised during our internal elections, which sees Comrades who supported other candidates being actively marginalized, cannot be the modality to achieve that end,” he said.

PNCR insiders have been complaining that Central Executive Committee meetings are being postponed and a number of the issues and positions that Mr. Norton said he hoped to raise with President Irfaan Ali in his capacity as Opposition Leader have not been discussed by that decision-making body.

Prior to the December 2021 internal elections, then PNCR Leader David Granger had been accused of running that party like a ‘one-man’ show virtually without any consultation.