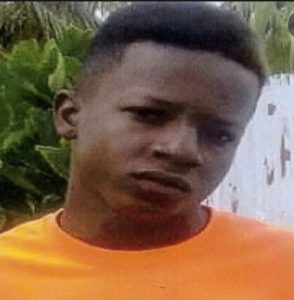 A Guyanese man, who is wanted in his native country for murder, has been arrested in neighbouring Suriname for having committing a sexual offence with an 11-year old girl, Surinamese police said Thursday.

Head of the Guyana Police Force’s (GPF) Criminal Investigations Department, acting Deputy Commissioner Wendell Blanhum said law enforcers were preparing to receive the murder suspect. “The GPF is aware of this development and efforts are underway to have the suspect brought back to Guyana for him to be interviewed by detectives in relation to the murder investigation,” he told Demerara Waves Online News.

Chase, of John Lewis Street, Angoy’s Avenue, New Amsterdam, Berbice, was wanted for the  murder of 25-year-old Karl McDonald, known as ‘Karlie’ or ‘Donno’ on December 26, 2018. Chase allegedly chopped the man on his torso during a heated argument at a barbecue.

Surinamese police said he fled Guyana via the back-track route and was held in connection for allegedly committing the sexual offence on Tuesday, April 19, 2022.

Surinamese police said after he was arraigned, Chase, now 33 years old, was taken into custody after consultation with the Public Prosecution Service in the interest of the investigation.