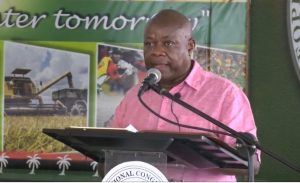 People’s National Congress Reform (PNCR) Leader, Aubrey Norton at the weekend promised that each ministry would have a desk to deal with complaints of racial and other forms of discrimination, even as the government continued to tout its One Guyana platform.

“We will establish civil rights unit in every government ministry and agency. These units will have the right to investigate all complaints of discrimination, be it ethnic, gender or sexual orientation,” he told the PNCR’s General Council, the first since the People’s National Congress Reform (PNCR) held its first statutory General Council on March 26 and 27 since its Biennial Congress in December 2021 . The theme of the two-day event was “Rebuilding our Party, Connecting with our Grass Roots Base.”

Guyana’s laws and the constitution already provide for commissions to deal with ethnic as well as others forms of discrimination, but both the incumbent People’s Progressive Party (PPP) and the People’s National Congress Reform-led A Partnership for National Unity+Alliance For Change (APNU+AFC) have had a history of talking down those systems whenever they are in opposition. Currently, there is no Ethnic Relations Commission (ERC) as its life has expired.

While in office from 2015 to 2020, the then APNU+AFC -led government had established a Department of Social Cohesion. Now, the PPP since returning to office in 2020 has been promising to establish a One Guyana Commission. 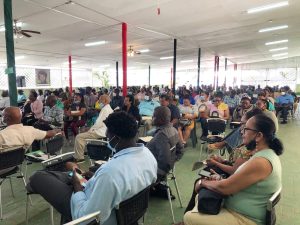 Attendees at People’s National Congress Reform’s first statutory General Council on March 26 and 27 since its Biennial Congress in December 2021 . The theme of the two-day event was “Rebuilding our Party, Connecting with our Grass Roots Base.”

If the PNCR, along with its coalition partners win the next elections that are constitutionally due in 2025, he said the new government would put systems in place to protect the police force from political interference. “We will professionalise the Guyana Police Force by enacting legislation which will insulate its leadership from political manipulation. The law will follow its course, and whoever commits crime will be subjected to the full process of the law,”  Mr. Norton said.

The Police Act provides for the Police Commissioner to be responsible f0r operational aspects of that civilian law enforcement agency, while the minister provides general policy directives.

The PNCR Leader said a government of which is party would be part would also pass legislation to protect constitutional agencies from “political machinations” that affect the political independence of constitutional bodies such as the Procurement Commission, and the Natural Resource Fund and many others that should be independent organs of government. “The PPPC clearly has no interest in good governance, accountability, and transparency. They are intent in subsuming organs of the state to promote their domination and control. We must confront these excesses and ensure they are ended,” he said.

The General Council is the Party’s highest governing body between Biennial Delegates Congresses. Party representatives and executives from all ten administrative regions attended the General Council.