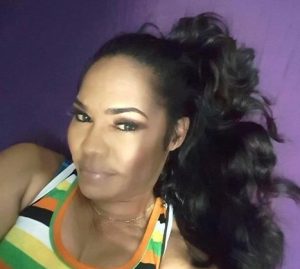 The official of the Guyana Society for the Prevention of Cruelty to Animals ‘ Animal Clinic’ , who shot herself to death in the compound of the Brickdam Police Station on Monday morning, was a patient of the Georgetown Public Hospital’s Psychiatric Clinic and she had domestic problems, police said.

The Guyana Police Force said 49-year old Trudy D’ Harte blurted out “this is what you want” as she placed a concealed object to her right side head and pulled the trigger at the enquiries department of the Brickdam Police Station. She fell to the ground and was pronounced dead by medical personnel.

D’Harte had gone to the station to track down her estranged husband who arrived there minutes earlier to report that they had an altercation at Camp and Regent Streets and that she had banged on his car with the object that was wrapped in a yellow cloth.

Investigators believe that the incident stemmed from a family dispute, as her husband moved out of their home one week ago and went to live with his father at Pouderoyen, West Bank Demerara.