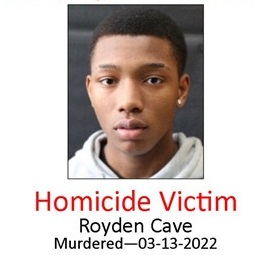 A 19-year-old man was killed Sunday morning after he was shot inside a home in Buffalo, Upstate New York,  Buffalo News reported.

He has been identified as 19-year old Royden Cave, a  student of SUNY Buffalo State College. College officials said he was a freshman criminal justice major.

He was the son of Patrick Cave, a former employee of the now defunct Guyana Broadcasting Corporation.

Buffalo Police say the shooting happened shortly after 3:40 Sunday morning at what police described as a party or off-campus gathering.

Cave was taken by ambulance to a hospital where he later died.

Before going to college, he lived with his Guyanese parents in Brooklyn, New York. He migrated to the United States when he was three years old.

Police did not release any further details about the shooting.

Police ask anyone with information to call or text the department’s confidential. A US$7,500 reward is being offered for any information leading to the arrest of the perpetrator.