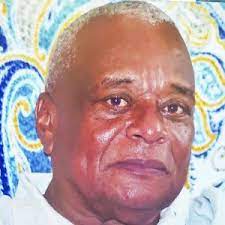 The People’s National Congress Reform (PNCR) on Wednesday slammed the Irfaan Ali-led administration for shutting out the opposition from the Natural Resource Fund’s (NRF) Board, dashing hopes of keeping an eye on how the ‘oil money’ would be spent.

“By these actions, the PPP has shown again its total lack of interest in transparency, accountability and inclusivity. It continues to strive for political dominance and control. The people of Guyana will ensure it does not succeed,” the PNCR said.

That party’s sharp reaction came after the governing People’s Progressive Party Civic (PPPC) used its majority in the parliamentary appointments committee to outvote opposition nominees for the NRF Board and picked Mr. Dunstan Barrow.

He is a former bauxite industry executive and former PNCR parliamentarian, but his former party called his selection “another example of the PPP’s bad faith and politics of exclusion” and urged Guyanese not to be deceived by his political history. “We ask the public not to be fooled by the PPP describing its selectee, Mr. Dunstan Barrow, as a former PNC MP. What should matter are the qualifications and expertise of the nominees and not their political or other affiliation,” the PNCR said.

In justifying those nominees, Dr. Adams has over 40 years of extensive experience in both the public and private sectors in the oil and gas industry; Mr. Ram has won the admiration and praise of the Guyanese public for his vast expertise in law, finance and the oil sector, as well as a relentless advocate for transparency and accountability in government.

“It should surprise no one that the PPP used its majority to reject these highly qualified and suitable candidates and advanced its list of less qualified persons,” the PNCR added.

The PNCR vowed to expose “these examples of bad PPP governance” to inform the Guyanese public, the international diplomatic community and other stakeholders.

Despite maintaining that the NRF Act had not been legally passed because the Speaker’s Mace had not been in  the National Assembly Chamber and that several government parliamentarians had not been seated when the Bill had been put to the vote, the PNCR and the AFC had separately said the opposition should sit on the NRF Board to serve as a transparency and accountability watchdog on how government would be spending the oil revenues.

Several of the PNCR-led A Partnership for National Unity+AFC lawmakers had grabbed the Mace and taken it outside the Chamber, frustrated that their calls for civil society and political consultation on the new NRF law had been ignored. A number of government parliamentarians had formed a human cordon around Finance Minister Dr. Ashni Singh as he had addressed the House on the legislation.