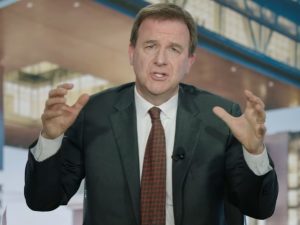 ExxonMobil plans to drill 20 additional exploration wells offshore Guyana, as the company gathers more seismic data from other discoveries and plans to link oil producing vessels to nearby wells in order to guarantee a steady flow of crude, the company’s  Senior Vice President Neil Chapman said.

Speaking during a question and answer session at Investor Day 2022 held on Wednesday, March 2, he said 10 wells would be drilled this year and 10 more in 2023. ‘That’s kind of the pace that we are at,” he said. Mr. Chapman said the current resource estimate of 10 billion barrels of oil equivalent (boe) could double if future explorations are successful.

The ExxonMobil official noted that the 1o boe did not include amounts from the Fangtooth and Lau Lau discoveries.

Mr. Chapman said that by 2027 when a sixth Floating Production Storage and Offloading (FPSO) vessel comes online, ExxonMobil intends to have more than 850,000 barrels per day production and a capacity of more than 1.12 million barrels. “Clearly, our objective is to fill up those boats and keep them full all of the time,” he said. He said there are plans to “tie back many of the discoveries” and keep the vessels full.

He said by 2027, ExxonMobil intended to generate US$7.5 billion operating cash flow at a Brent price of US$60 barrels per day.

According to the ExxonMobil Senior Vice President, the find at Fangtooth just to west of Liza, with the same quality of oil, has caused a re-evaluation of the Stabroek Block. “That investment alone because it is at the deeper horizon has given us a new insight into how that basin can develop and its impacting what our next level of exploration will be so that is happening all the time.  We’re doing exploration in between the existing operations, our investments and on the outer edges. So that is constantly changing our development plan,” he said.

ExxonMobil made six discoveries last year and already two this year. The company said it plans to maintain the six rigs in the area conducting exploration, appraisal and production.