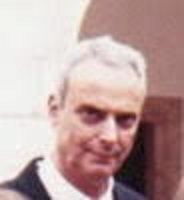 Former prominent Georgetown businessman and politician, John Simon De Freitas, has died in Madeira, Portugal to where he had migrated several years ago, the People’s National Congress Reform (PNCR) said on Sunday.

“He was a highly-regarded businessman and corporate manager He was a devoted member of the Party and was an advisor to the late Party Leader and President Desmond Hoyte on private sector matters,” the PNCR said.

De Freitas, according to that party, died in Portugal. After parting ways with the now defunct family business, Central Garage, on Avenue of the Republic between Regent and Robb Streets, he migrated to Portugal to unite with his relatives whose descendants had come to then British Guiana as indentured labourers.