USAID power-sharing recommendation should be used as springboard- WPA 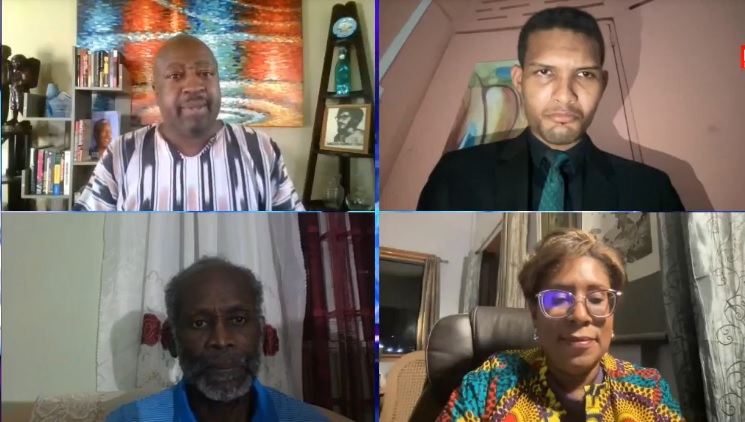 The Working People’s Alliance (WPA) wants the United States Agency for International Development (USAID)-funded report that recommends power-sharing to be used as a springboard for a campaign to realise that goal.

WPA executive member, Tacuma Ogunseye said while the US was now pushing power-sharing for its own interest, that model of governance should be given an opportunity to end political gridlock between the race-based political parties and create the opportunity for the use of Guyana’s resources for the social and economic benefit of all. “There is a coincidence of interest and we have to play this to our advantage and to the advantage of the country so even though the initiative may be driven by US interest, we have to convert it into national interest,” he said.  Unlike the Donald Trump administration, he said the Joe Biden administration appeared to have conducted a major reassessment of foreign policy towards Guyana.

Speaking recently on Politics 101 on the topic “What the parties think about the USAID Report?,  Mr. Ogunseye reasoned that the underlying tone of that report was that if there was no shared governance Guyana could erupt into violence over the sharing of the oil proceeds. “What we know is that those persons that have tremendous experience in understanding the logic of oil is telling you: this oil money you all will kill one another over it. If you all don’t come to some understanding on governance and resource sharing, you all will slaughter one another. We see it elsewhere and you can’t avoid that.’ That is what they are telling us and the way to avoid that is shared governance” he said.

Mr. Ogunseye and programme host, Political Science Professor David Hinds both differed sharply with the People’s National Congress Reform (PNCR) representative, Elson Lowe that power sharing would entrench corruption rather rather than benefit both Afro-Guyanese and Indo-Guyanese. While Mr. Lowe said the PNCR would have to consider internally its position on power sharing by the new leadership, he raised concerns about the two major political parties operating to the detriment of Guyana. “What is to stop elites from both races, once they are in a power-sharing arrangement, to ensure that they and those close to them  are the beneficiaries as opposed to the broader population. That is the ultimate problem,” he said. Mr. Lowe instead preferred stronger institutions.

After years of avoiding power-sharing, the then Desmond Hoyte-led PNCR had in the early 2000s created a concept paper on shared governance, but the then People’s Progressive Party Civic administration had said the need to build trust was a key ingredient going forward.

Professor Hinds countered Mr. Lowe, saying that the USAID report floated the idea of power-sharing not to combat corruption but to address the “fundamental” question of the ethnic distribution of oil resources especially to the exclusion of Afro-Guyanese. “As a proud Black man, I am angry that Black people, who have slaved for our country, who have given their blood cannot share in the oil wealth and so, therefore, any system that brings them at the table to decide whether sugar workers get $750,000 and whether public servants get two percent- they are at the table to make that decision,” said Dr. Hinds, also a WPA Executive Member. The government recently handed out $250,000 to each sugar worker who had been retrenched by then David Granger-led administration and had been already paid severance. Most other government employees had been given a 7 percent unnegotiated retroactive pay increase for 2021.

Mr. Ogunseye criticised Mr. Lowe as sounding as “the same PNC of old” even as he advanced his position that constitutionally enshrined power-sharing would guarantee both major races and others to be involved in Guyana’s decision-making and strengthen the fight against corruption by both major races. “People say it can’t work. You can’t know it can’t work if you ain’t try it. You have to try something and if you try it for a period and it ain’t work the  you are quote right to rethink on it bit what we know is that this winner-take-all system is not working,” he added. He is wary that the African leadership was playing games and that they should come under pressure  to act in the best interest of Afro-Guyanese.

Alliance For Change (AFC) Executive Member Cathy Hughes, noting that her party has been “very strong on constitutional reform”, she said neither the mainly East Indian-backed People’s Progressive Party (PPP) nor the mainly Afro-Guyanese supported PNCR is interested in power-sharing. “We have enough proof that once they have the opportunity to be in government, they are convinced that the system works in their favour and that’s why we have seen little or no progress in evolving a concept of power-sharing that will make it equitable for all citizens,” she added.

However, she indicated that power-sharing should be more than just a few representatives sitting around the governance table. Instead, she queried what should be the strategy to get those who are unwilling to talk to hold discussions.

The Guyana government, which has been pushing a ‘One Guyana’ platform to include all races in Guyana’s development, has not commented on the USAID-sponsored report that touts a shift away from the winner-take-all system.  The WPA has for several decades been driving the executive power-sharing agenda but with little buy-in from the PPP and PNCR.