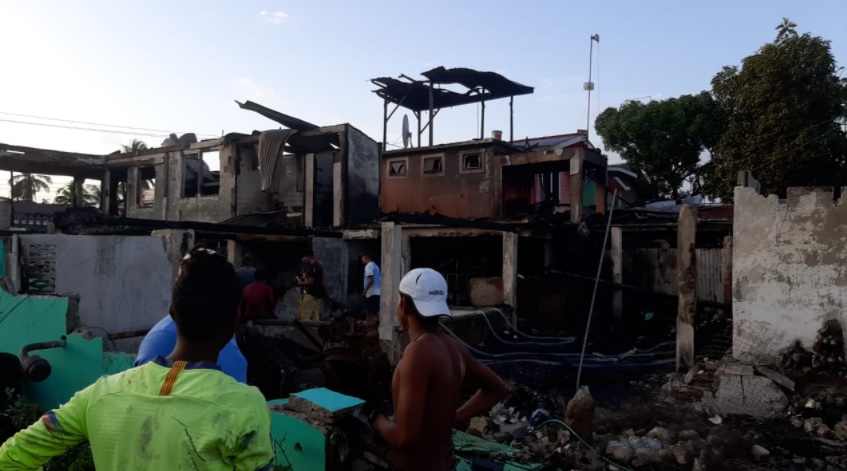 An early Sunday morning fire destroyed a residence and a major business on the Essequibo island of Wakenaam.

The business owner’s name is Anil Rambarran. He was rushed to the Wakenaam Hospital because his blood pressure apparently increased, sources said. The hospital now only has one doctor as the other has been removed.

The fire erupted at about 3 AM Sunday at the building located at Belle Plaine which housed Anil’s Liquor and Variety Store.

Mr. Rambarran lived upstairs, operated a variety store, a speedboat service and was the agent for Banks DIH. He was also well-known for assisting other residents in their time of need.

Top  Region Three officials as well as senior officials of the Guyana Fire Service are on the island where they are visiting the fire scene. 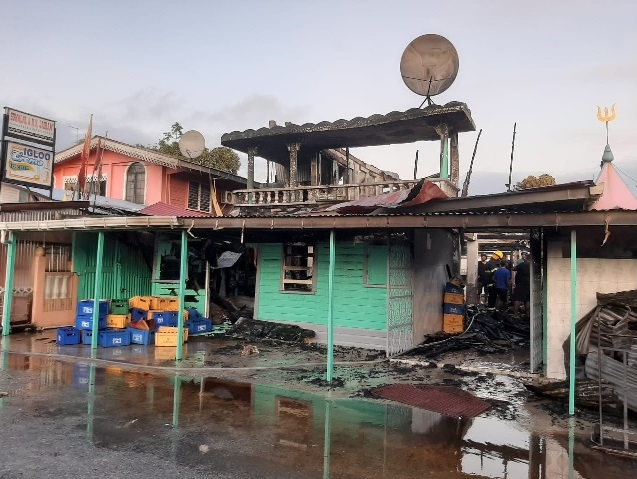 None of the nearby buildings was damaged because neighbours pumped water from a nearby trench that fortunately had sufficient water. “If the trench  did not have water this morning , four houses would have been down,” a resident told Demerara Waves Online News. Wakenaam does not have a branch of the Guyana Fire Service.

The couple was quickly alerted and residences formed a brigade that fought the flames. “The only thing they saved was the clothes that they were wearing, not a pin,” said a resident.