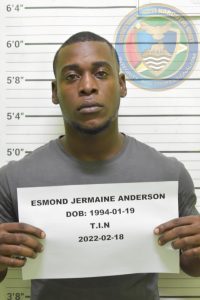 The man, who was arrested allegedly attempting to leave Guyana for the United States with cocaine in fried rice, has pleaded not guilty.

CANU says he was held with six pounds of cocaine in frozen fried rice minutes before he was due to leave on a JetBlue flight for New York last Friday.

His lawyer told  Magistrate Judy Latchman that a law enforcement agent at the airport put the cocaine in his unlocked suitcase.

Mr. Anderson was employed in Guyana by a leading oil sector support company and he earned more than $200,000 per month as a Warehouse Specialist.

Head of CANU James Singh says the arrest of Anderson, a graduate of  GUYSUCO’s Port Mourant  Training Centre,  with drugs is a lesson to young people not to be tempted to get rich quickly.