Man allegedly held with 85 pounds of marijuana pleads not guilty 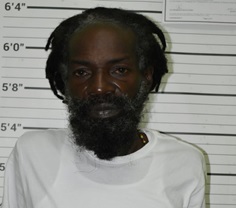 A 48-year old man, who was arrested at No. 59 Village Beach Front, Corentyne Berbice has pleaded  not guilty to being in possession of 85.5 pounds of marijuana for the purpose of trafficking, the Customs Anti-Narcotics Unit (CANU) said Tuesday.

The anti-drug agency said  Sean Benjamin was remanded to prison until March 23, 2022 by Magistrate Rabindranauth Singh at Springlands Magistrate Court.

CANU said Mr. Benjamin was the lone occupant of the car when the drug bust was made on February 20.

According to the law enforcement unit of the Ministry of Home Affairs, the marijuana, worth GY$11.6 million,  was discovered in  three bulky plastic wrapped parcels.