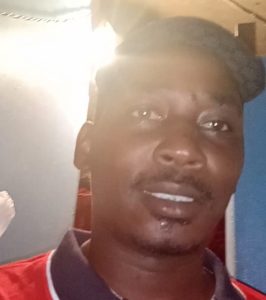 At least three seamen are feared dead after the trawler they were working on went down in the Atlantic sea off the coast of Guyana, one of the seamen’s wives said Sunday.

Among those believed to have perished is 44-year old Harold Anthony Damon of Agricola, Greater Georgetown.

A senior company official said he did not have much information and could not immediately say whether Noble House was informed that the trawler was having problems.

She said Mr. Dazzell man, who claimed that he was rescued by fishermen and taken to Unity Foreshore, informed that he engine room, ice-hold and the ladder were already under water. “My husband called in to Noble House and he told them that the boat was taking in water. While talking to them, the connection got cut off because of the water. They didn’t have any more control over the wheel anymore,” she said.

The woman said she was informed that they were all wearing life jackets, and that her husband informed him to cut the lifeboat.  Mr. Dazzell, who also lives in Agricola, reportedly recalled that Damon went back into the vessel and then it capsized.

According to Ms. Beckles-Damon, the survivor said when he was rescued he fainted but the fishermen were searching for the other men for three hours. Based on what she said, Mr. Dazzell informed them that the fishermen gave him a bus fare, he went to Noble House to report the incident before going to Woodlands Hospital and then to Ruimveldt Police Station where he made a report.

The woman said it was only Sunday morning that the Guyana Defence Force (GDF) Coast Guard was made aware of the mishap because the police had him in custody. “Now, they’re going and search for these guys. since yesterday (Saturday) morning, now they’re going and do that,” she said.

Mrs. Beckles-Damon said her husband at times had complained about the seaworthiness of the trawler. “They does always give my husband some old, old boats…Sometimes he gone out today and two days later, he come in the boat break down. Sometimes for the week, two, three times the boat break down and he got to come in,” she said. The woman said her husband endured the conditions because he has a family that includes four children.

The company official, however, could not comment on the condition of the vessel.