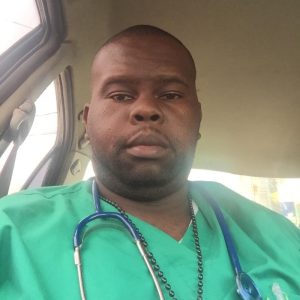 A Guyanese man, who has had brushes with the law over the years, has been named as an investor in a start-up Surinamese airline, according to reports from that neighbouring South American nation.

The company named Angel Airways, said it recently partnered with Guyanese businessman and Chief Executive Officer of Aaron Royalty, Jayson Aaron, giving him a 40 percent stake in the start-up carrier.

“Talks with Aaron Royalty began in mid-2021, after previous negotiations with other parties did not lead to a conclusive deal. Things have also been slowed down by the COVID-19 pandemic, which has brought the airline industry almost to a standstill,” the Head of Angel Airways, Etienne Fernandes, was quoted as saying in an article by Surinamese journalist, Ivan Cairo.

Back in 2018, Mr. Aaron had been slapped with eight fraud related charges, and in 2021 he had been arrested for allegedly falsifying a series of WhatsApp messages in a conversation that he had purportedly had with an official of the state-owned Guyana Oil Company. He had imported fuel which had been subsequently seized by the Guyana Revenue Authority.

A high-ranking officer of the Guyana Police Force on Monday said Mr. Aaron was still the subject of an “ongoing” investigation.

The airline aims at flying twice a week between Suriname and the Netherlands onward to destinations such as Thailand, Indonesia and China. Angel Airways was founded in 2007 by Etienne Fernandes, pilot and former commander of the Surinamese Air Force, who also was the Director-General of Suriname’s Civil Aviation Authority,

If all goes as expected and permission is obtained from the Surinamese authorities, Angel Airways wants to start its operations in the last quarter of this year and as early as October, the entrepreneur said.

Mr. Fernandes says that based on the aviation treaty between Suriname and the Netherlands, Paramaribo can authorize three companies to maintain operations between the two countries.

The Netherlands may also grant permission to three airlines. The Surinamese side currently allows national carrier Surinam Airways and Fly All Ways to maintain the aforementioned route. :Suriname therefore still has room to grant a license to one airline and we are convinced that our company and the way in which we want to operate will meet the conditions,” ; said the CEO of Angel Airways.

In the first phase, flights will be operated to Europe and further to the Far East. Two Boeing 777-300ER aircrafts will be deployed for those operations. In the second phase, operations in the Caribbean region connecting to Canada and the USA will be conducted with Boeing 737-800 aircrafts. One of the routes that Angel Airways wants to
service from the Netherlands is the Netherlands-Brasilia route via Paramaribo. There is no direct flight on that route yet, Fernandes notes. Flight operations between China and Jamaica are also being studied. The aim is not to offer cheaper tickets than other carriers, but to offer a better service to passengers, Mr. Fernandes says.