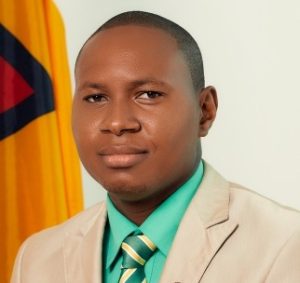 People’s National Congress Reform’s (PNCR) Christopher Jones on Wednesday  stepped aside to allow Vinceroy Jordan to become the Vice Chairman of their party after they tied at the recently-held internal party elections.

“In view of the current circumstances, I see it fit to make way for young, fresh and vibrant leaders, like Mr. Jordan, to take the PNCR into the future,” Mr. Jones said. The two obtained 381 votes for the post of Vice Chairman.

Mr. Jones said he opted to give way to Mr. Jordan after lengthy discussions with the leadership of the Party. “I have advised the Party’s leadership of my intention to step aside and allow Mr. Jordan to serve as the Party’s Vice-Chairperson, I am confident in Mr. Jordan’s ability to further advance the party’s development agenda,” he said.

He said Mr. Jordan has the ability to serve the PNCR well in this position and to bring fresh ideas and perspective to the Leadership. “I look forward to working with him and by extension the full complement of the Executive, as we move towards the development, advancement and upliftment of our Party’s base and the Guyanese people,” said Mr Jones who is the Chief Whip for the parliamentary opposition A Partnership for National Unity+Alliance For Change (APNU+AFC).

In announcing the election results, the PNCR’s Chief Election Officer had suggested by-election to resolve the tie.