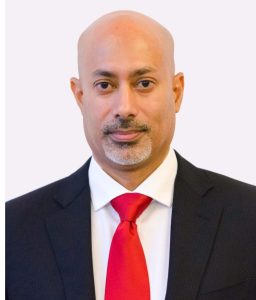 The Chairman of the Beharry Group of Companies, Suresh Beharry on Thursday said he supports Guyana’s local content legislation but would be willing to facilitate talks between the Caribbean Private Sector Organisation (CPSO) and the Guyana government to address concerns about the likely violation of regional free trade rules.

Further, Mr. Beharry welcomes the provisions, protections, and incentives that are provided for all businesses to invest and grow in our oil and gas space,” he said.

Mr. Beharry clarified what the Chairman of the CPSO Gervase Warner stated in an email that he (Mr. Beharry) “will assist with the communication strategy and approach” to the Guyana government.

“The sum total of his advice to certain entities was that they seek constructive dialogue and engagement with our Government and local stakeholders and to avoid any confrontation or disruptive fallout. In the interest of comity, he was prepared to attempt to facilitate an initial engagement,” he said in a statement issued through public relations firm, Tagma

The CPSO said that it’s executive agreed that the legislation appears to violate several provisions of the Revised Treaty of Chaguaramas.”  Mr. Warner, who is also the President and Group Chief Executive Officer of the Trinidad-headquartered Massy, said the CPSO would be raising its concerns first with the Guyana government and then “ultimately to the Caribbean Community.”

Seeking a clarification, News-Talk Radio Guyana/Demerara Waves, a spokesman explained that the Beharry Group is the only Guyanese company on the CPSO and so the only Guyanese on the Executive. “Suresh Beharry maintains his offer to facilitate a conversation with Government and Stakeholders rather than a confrontation of any kind,” the official said.