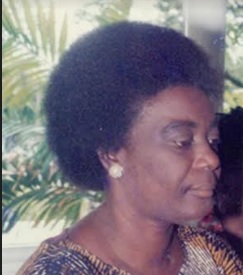 The PNCR provided no details about the circumstances of her passing, but hailed her contribution to the fields of education and music.

She will be remembered as a Guyanese academic who was a Professor Emeritus of the University of Guyana where her areas of interest included both French literature and the history of music.

She was a member of a prominent musical family; a number of her relatives studied overseas and then returned to Guyana to teach or perform. She completed her undergraduate education at the University of the West Indies (UWI) in Mona, Jamaica, and chose to study French due to UWI’s lack of a music program, but continued receiving private lessons.

Ms. Loncke lectured at UWI for a period, but eventually returned to her homeland to take up a position in the Department of Modern Languages at the University of Guyana. She served for periods as Head of department, Dean of the Faculty of Arts, and Deputy Vice-Chancellor, eventually being made a Professor Emeritus in 2010. She maintained her interest in music, and oversaw the introduction of the university’s first music curriculum. She was awarded the Golden Arrow of Achievement (1980) and the Cacique’s Crown of Honour (1987) by the Guyana government.

The PNCR says it extends its sincere condolences to her family, relatives and friends.