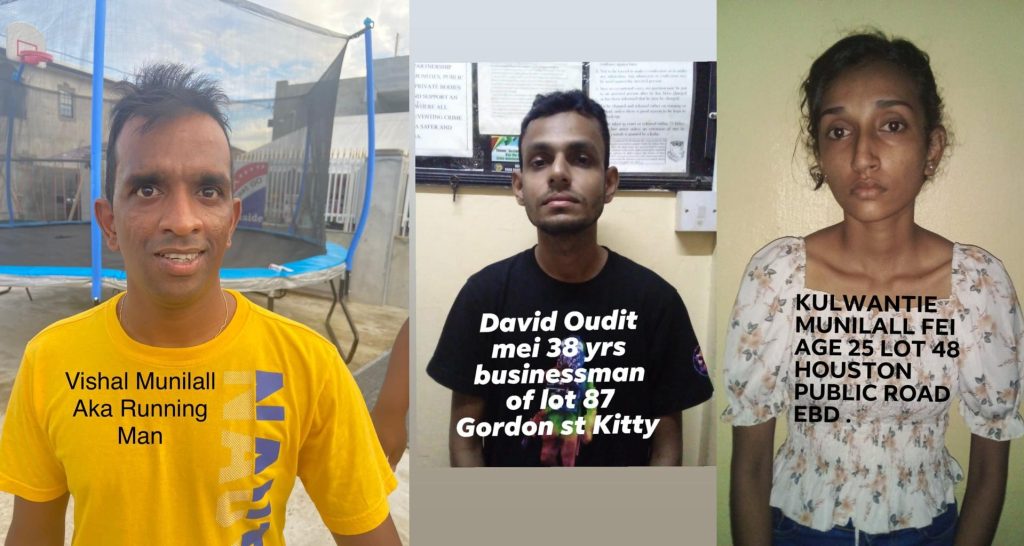 Three persons, who allegedly offered a $700,000 bribe to a policeman to drop an investigation, have been charged.

Police say they have each pleaded not guilty and have been granted $40,000 bail and ordered to return to court on January 4, 2022.

Those charged with a corrupt transaction with an agent are 34-year old Vishal Munilall  and 25-year old Kulwantie Munilall both of 45 Houston East Bank Demerara and 26-year old Deodharry Odit of 87 Gordon Street, Kitty, Georgetown.

They allegedly offered the bribe to a policeman at the Grove Police Station, East Bank Demerara on November 27 after one of them was held on a sentence warrant.

Police have already said that Mr. Munilall was apprehended on two sentence warrants and escorted to the Golden Grove Police Station and placed in custody.

While there, he requested a telephone call to his lawyer which was facilitated by the police.  The suspect was visited by the attorney-at-law and shortly afterwards Ms. Munillall gave him a package.